Skoda Vision X Can Be Front-, Rear- Or All-Wheel Drive As Needed 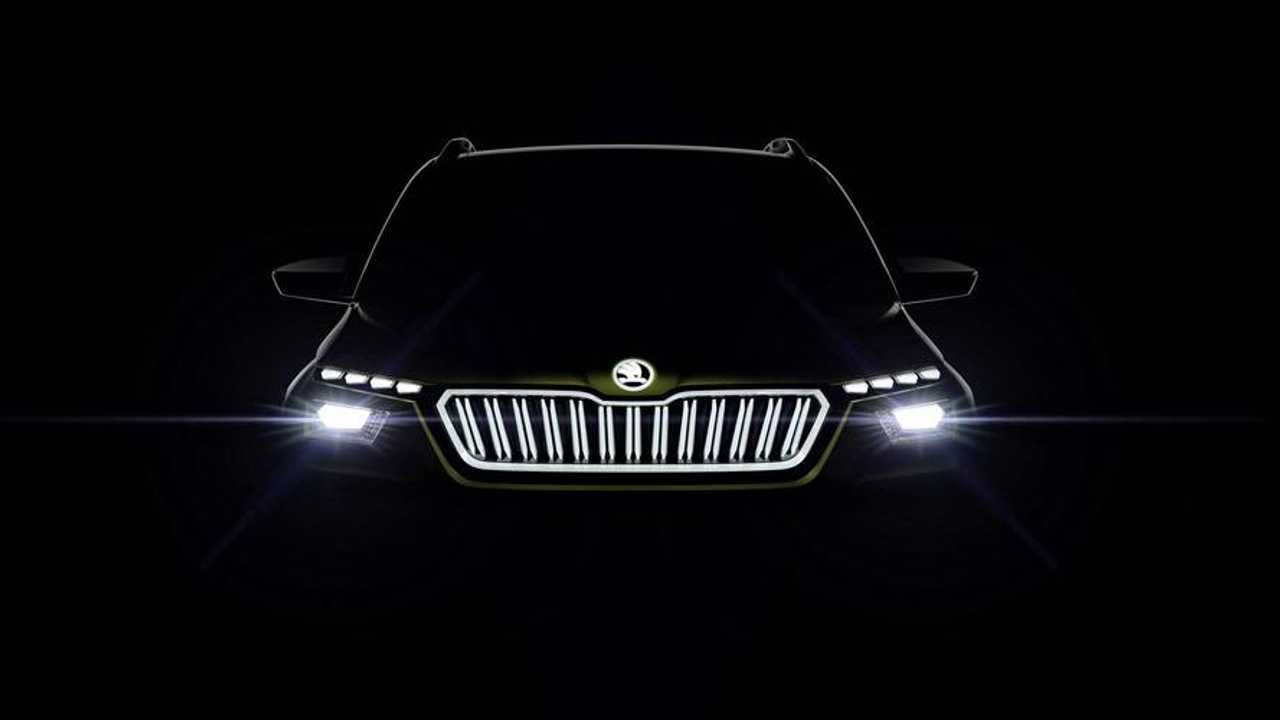 The small crossover can run on gasoline, compressed natural gas or in electric mode.

Skoda isn’t willing just yet to show its new conceptual small crossover, but at least the Czech marque is now being more generous with the details concerning its Geneva-bound showcar. After releasing a trio of design sketches at the beginning of the month, the VW-owned marque has now dropped two more images and a considerable amount of technical specifications.

Perhaps Skoda’s most versatile vehicle in recent times, the Vision X is powered by a four-cylinder, 1.5-liter TSI engine you can have on a great number of VW Group cars. In this particular case, it has an ace up its sleeve as it has been engineered to run on compressed natural gas. When in CNG mode, the powertrain develops 130 horsepower (96 kilowatts) and a peak torque of 250 Newton-meters (184 pound-feet).

The crossover has been fitted with not one, but two CNG tanks, one positioned underneath the rear seats while the other sits behind the rear axle. When running in CNG mode, the Vision X is a front-wheel-drive vehicle, while an electric motor drives the rear axle to effectively turn the showcar into a RWD vehicle like the Skodas from yesteryear. With the power of the two combined, the concept can run in AWD mode to boost traction on low-grip surfaces.

Billed as being the company’s first AWD-equipped model without a cardan shaft, the petite crossover can deliver an almost unbelievable 1,000 Nm (737 lb-ft) thanks to its rear-mounted propulsion system. Its 48-volt lithium-ion battery pack can be recharged while the concept is in motion (during braking or rolling) and the stored energy is used later whenever needed.

The intricate hardware enables the Vision X to complete the 0-62 mph (0-100 kph) sprint in 9.3 seconds en route to a top speed of 124 mph (200 kph). With the two CNG tanks and the small gasoline tank full, it will cover up to 404 miles (650 kilometers), which isn’t exactly impressive. The eco-friendly powertrain pays dividends in terms of efficiency as CO2 emissions stand at just 89 g/km.

Skoda will have the Vision X concept on display during the 88th Geneva Motor Show kicking off March 6.