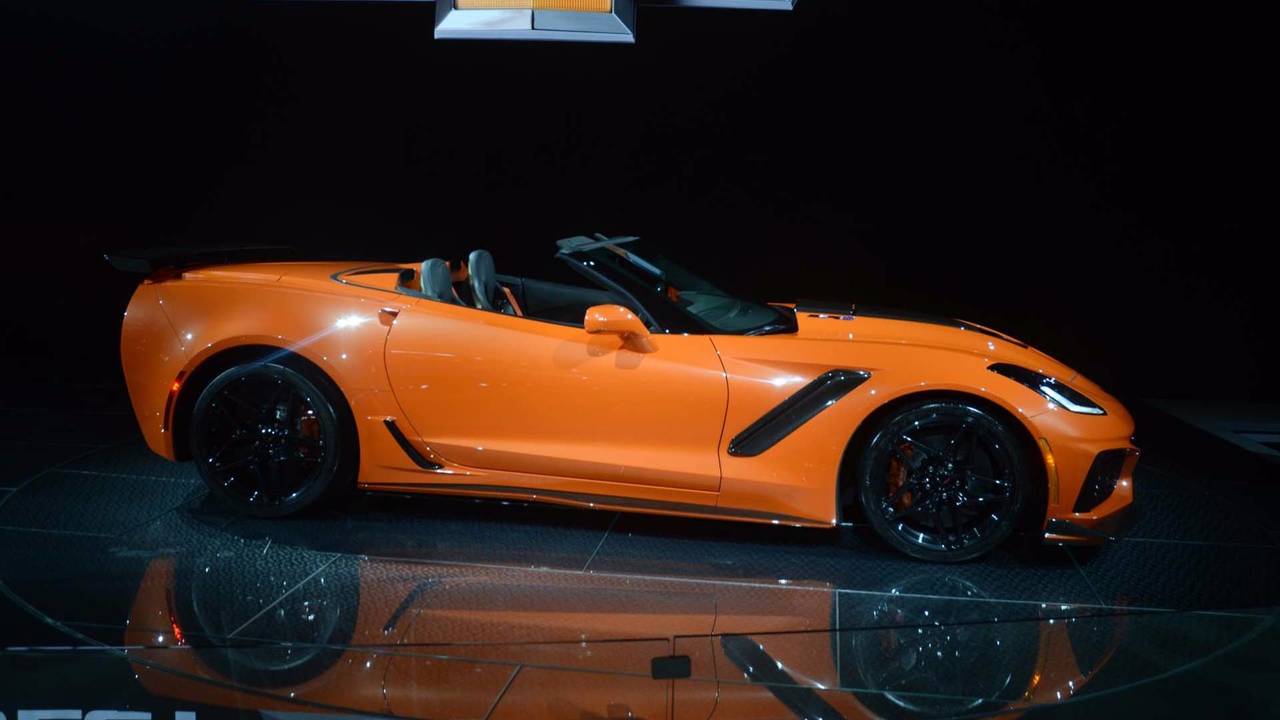 That includes all the fees, fine print, and matching luggage set.

The 2019 Chevrolet Corvette ZR1 ensures the last of the front-engine ‘Vettes will decidedly not fade quietly into the night. We still aren’t exactly sure when the mid-engined Corvette will appear, but it’s nice to know that, for awhile at least, this 755-horsepower rocket ship will live with the new car side-by-side. And with that much power on tap, we suspect it’ll pull ahead on straightaways until a mid-engine ZR1 comes to life.

How much will this piece of sports car history cost? We know the base model ZR1 starts at $119,995 and the convertible at $123,995, but now we can jump into Chevrolet’s ZR1 configurator to spec up this new King of the Hill. Since we’re going for max price we’ll of course start out with the convertible, but don’t worry. Even with a folding roof the Corvette can be outfitted with all the go-faster track goodies.

The first big addition is the 3ZR trim package that adds all the luxury bits you need, such as heated/vented leater seats, navigation, the big 10-speaker Bose stereo and so forth. It doesn’t come cheap though – it's a $10,000 add-on right off the bat though to be fair, it includes many stand-alone items we’d be choosing anyway.

Of course we want the Track Performance Package for $2,995, and since the Sebring Orange press cars we’ve seen are burned into our brain, we’ll choose the ZR1 Sebring Orange Design Package for another $6,995. Aside from the delicious exterior color, this package offers a matching shade for items like stitching and seat belts, among other things. As with the 3ZR trim, choosing these packages takes care of many options we’d go for anyway.

Things that aren’t included? The eight-speed paddle shift automatic versus the standard manual (which we’d rather have, but for the sake of maxing out the budget we can’t ignore this $1,725 option) and a host of smaller items like carbon-fiber wheel center caps and a premium car cover. We’ll also pick up our new ride at the Corvette Museum for the special $990 museum delivery, and if you pay Chevrolet $5,000 you can personally build your ZR1’s engine at the factory – under supervision of a Corvette technician who presumably gets paid to the same work. But hey, it’s an option so we’ll check it.

With everything said and done, the ZR1 Convertible clocks in at $153,535. However, Chevrolet also offers a host of dealer-installed options – primarily matching luggage – that adds another $2,298 to the bill. And that brings us to the grand total of $155,833 mentioned in the headline.

That’s definitely a healthy chunk of change for a Chevrolet Corvette. Compared to the hypercars it competes with, however, it’s still a straight-up performance bargain.