Don't call it a Santa Fe.

We know that Hyundai is creating a bit more separation with its recently unveiled five-passenger Santa Fe, and a longer wheelbase seven-passenger version that will come later called the Santa Fe XL. This, however, is neither of those. Rather, it’s the all-new eight-passenger SUV that Hyundai will pair against the Chevrolet Suburban and Ford Expedition. As such, this is decidedly a full-size machine.

A couple of our spy photo sources caught up to prototypes engaged in winter testing, and the first thing we notice is a very clear resemblance to the new Santa Fe up front. Yes, the camo coverings hide details but the Santa Fe’s thin headlights, large square-ish driving lamps, and Hyundai’s signature grille are very easy to spot. For that fact, the profile of these prototype looks quite similar to the new five-passenger Santa Fe, save for its expansive backside. Look very close, however, and you’ll see different panel gaps for the hood, front fender, and A-pillar. Make no mistake, this prototype has considerably more bulk. 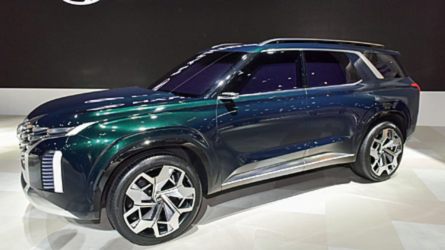 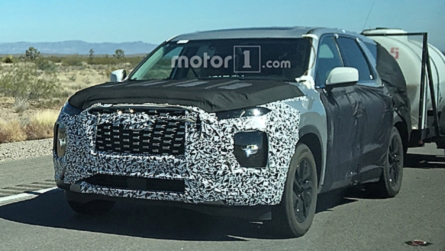 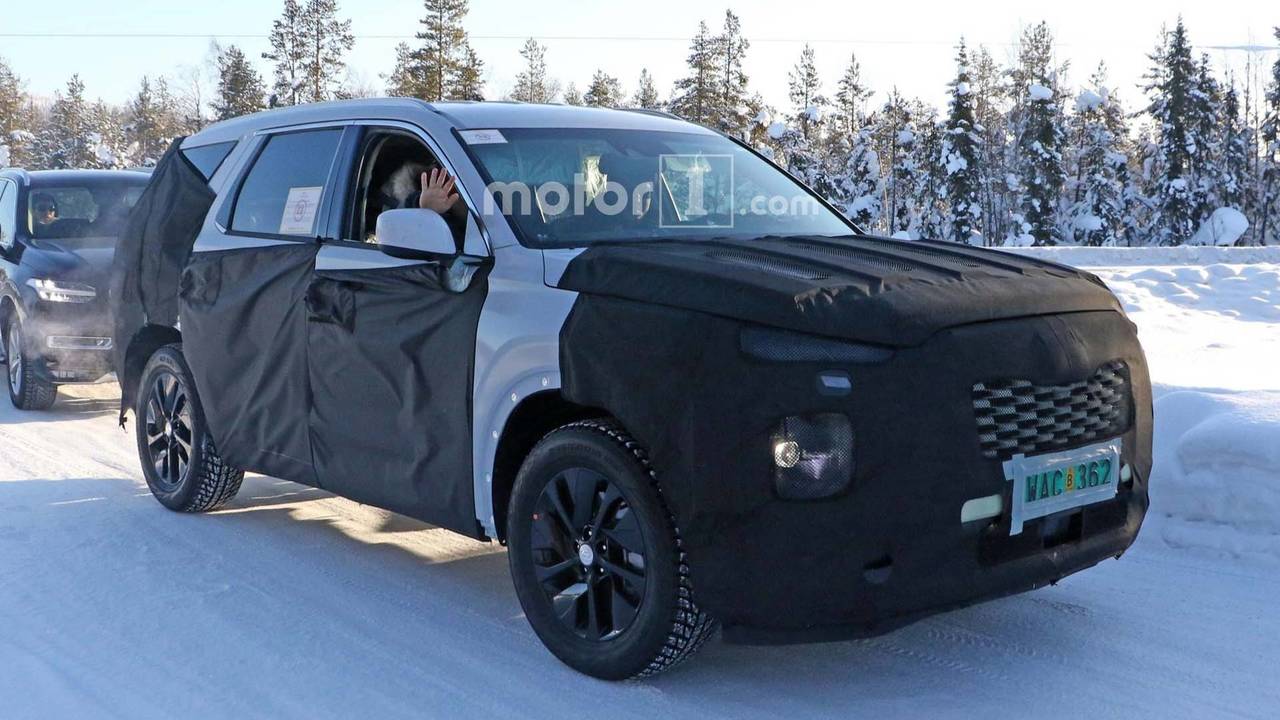 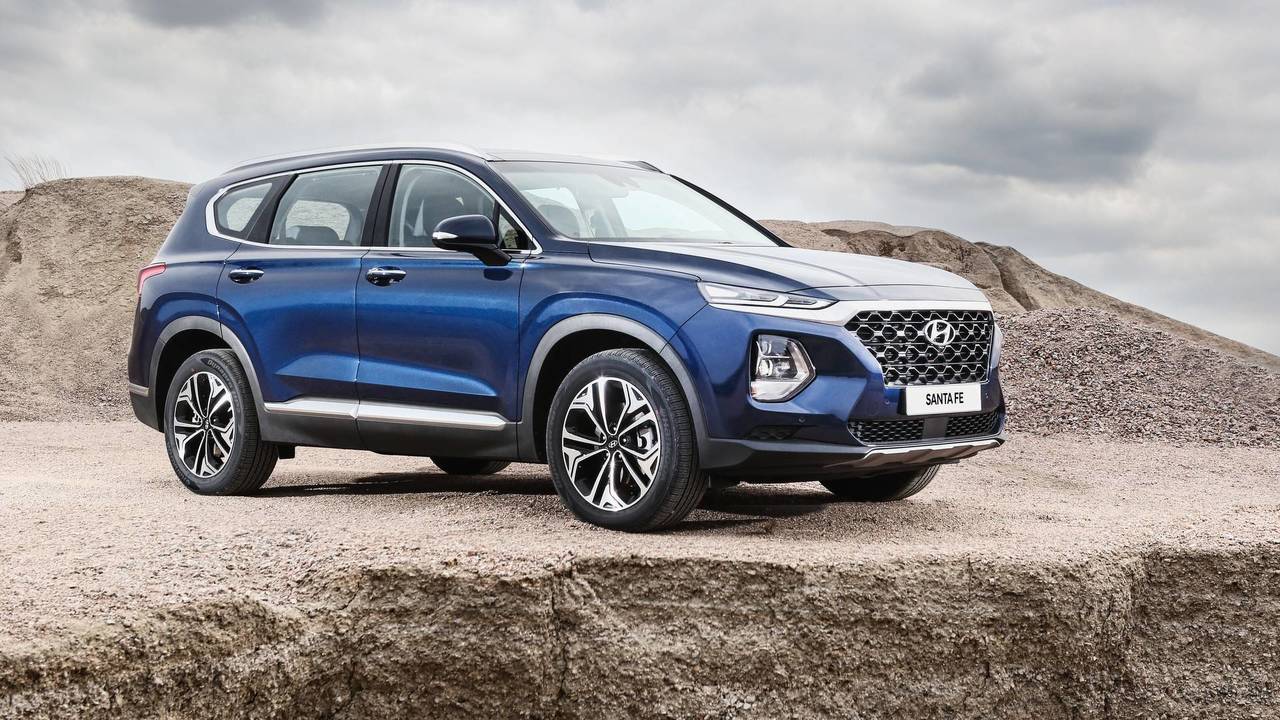 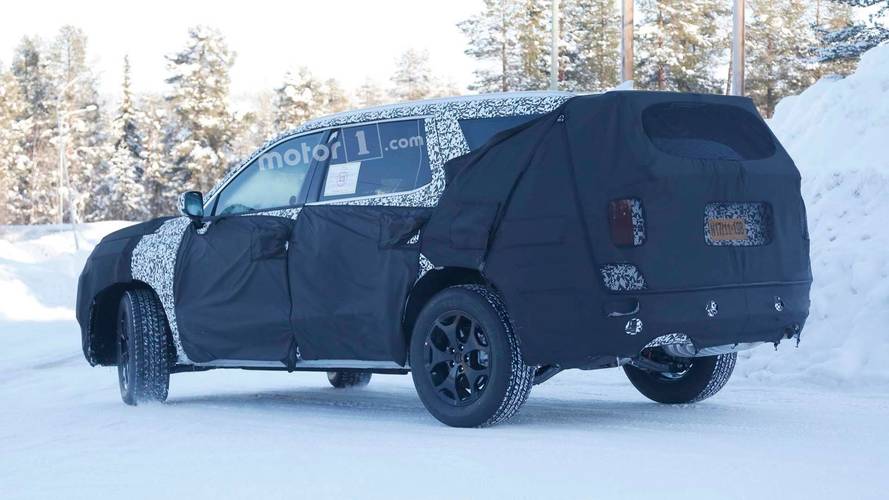 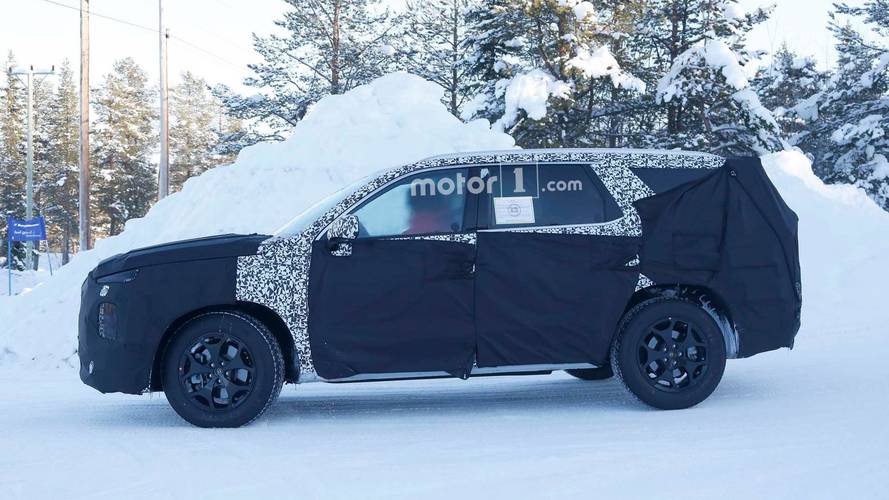 It also confirms that the eight-passenger SUV will have a new platform underneath, though despite its size it should still be front-wheel drive with optional all-wheel drive. Its aforementioned eight-passenger competition uses a rear-wheel drive with available four-wheel drive, and are known to be good towing rigs as well as transportation for large families – something buyers may not embrace with a large front-wheel drive SUV. As such, current rumors say Hyundai could fit this new model with a 3.3-liter V6 making 290 horsepower – considerably less than the Expedition and Suburban. A possible future hybrid model with a combined 400 horsepower could fill that gap, however.

Five-passenger SUVs are everywhere, and seven-passenger models are expanding as well. Large eight-passenger models, however, aren’t quite as common so Hyundai could well capture a piece of this lucrative market in the U.S. with this new full-sizer. Prototypes are still deep in the test phase, so we don’t expect to officially see this big boy until 2019.