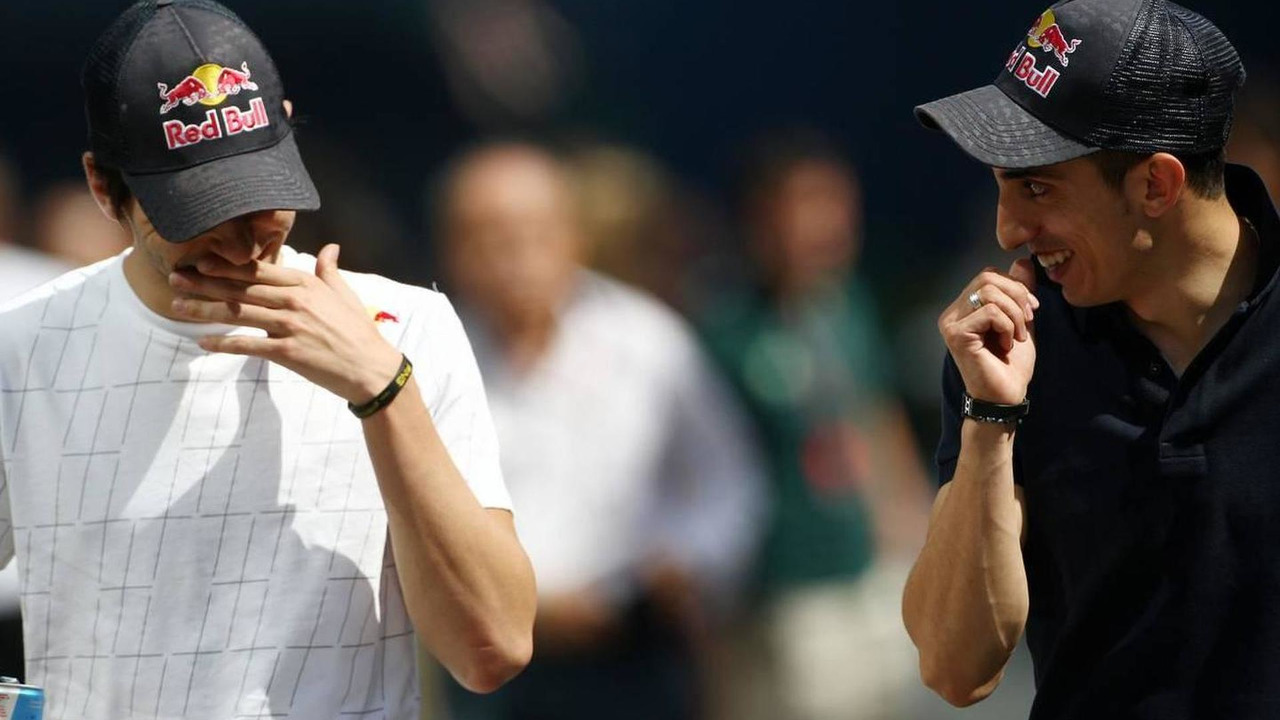 Toro Rosso's current drivers cannot relax even if they have been confirmed for the 2011 season.

Toro Rosso's current drivers cannot relax even if they have been confirmed for the 2011 season.

That is the warning of Dr Helmut Marko, motor racing consultant at Red Bull, the Faenza based team's owner.

There have been mixed messages from Toro Rosso recently: boss Franz Tost insisting that the drivers are staying put, but Red Bull-contracted pair Jaime Alguersuari and Sebastien Buemi sounding less bullish about their future.

"The drivers must confirm themselves and develop," Marko said in an interview with Austria's laola1.at.

"Of course, moves like when Alguersuari crashed into the back of Buemi should not happen.

"At the moment it is looking good (for them), but with Daniel Ricciardo and Jean-Eric Vergne, we have two very fast juniors," added Marko.

He indicated that Ricciardo and Vergne can expect to get some F1 laps under their belts at the post Abu-Dhabi young driver test.

"November is still quite a long way away, but it would be a logical consequence of our junior programme," said Marko.

"To what extent and for which team (they will test) has not been decided yet," he added.