Kia Telluride Spied In The Snow But Not In Colorado

This test mule has lots of camouflage, but the SUV's general shape is very similar to the concept.

Kia has been spied testing the production version of its Telluride three-row SUV. This is our first chance to see the road-going variant of the brand's big, boxy crossover.

This test mule wears a significant amount of body cladding for hiding the SUV's shape, but a few details peek out. Compared to the concept, it appears that Kia has different headlights for the production version. These units have a vertical orientation, rather than the horizontal layout on the earlier version. The camouflage hints the model retains a wide grille, though. Along the side, the covering here clearly shows that the concept's suicide doors are gone in favor of a more conventional layout. 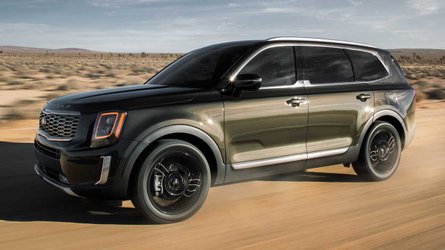 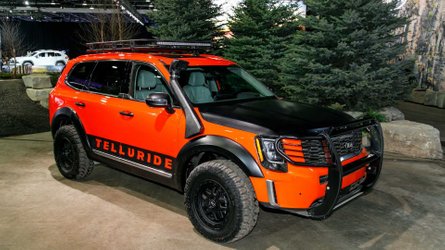 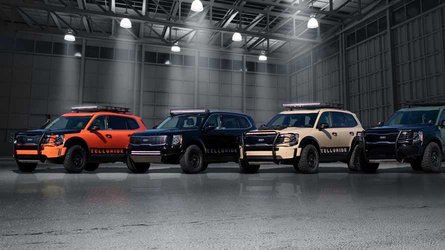 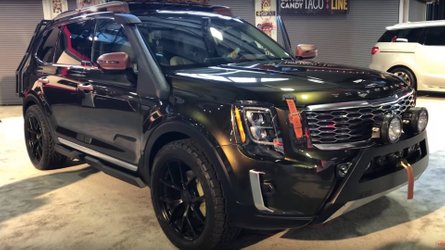 The camouflage conceals the rear most of all. It's clear that the production version retains relatively skinny taillights, though. If like the concept, then the parts would accentuate the model's height.

In concept form, the Telluride used a plug-in hybrid powertrain with a 3.5-liter V6 and combined output of 400 horsepower (298 kilowatts). There's no indication that this is in the production model, though. These shots only allow us to see an opening for a fuel tank or recharging on the passenger side. Since the photos don't show the vehicle's driver side, it's too soon to completely write off the chances of this being a PHEV.

Kia exec Peter Schreyer confirmed at the 2018 Detroit Auto Show that the Telluride had a green light for production. Other top-ranking employees have indicated that the United States would be the main market for the vehicle, but the company has been considering whether to offer it elsewhere, like in Australia. Europeans won't get the Telluride because there won't be a sufficient demand for such a large SUV there.