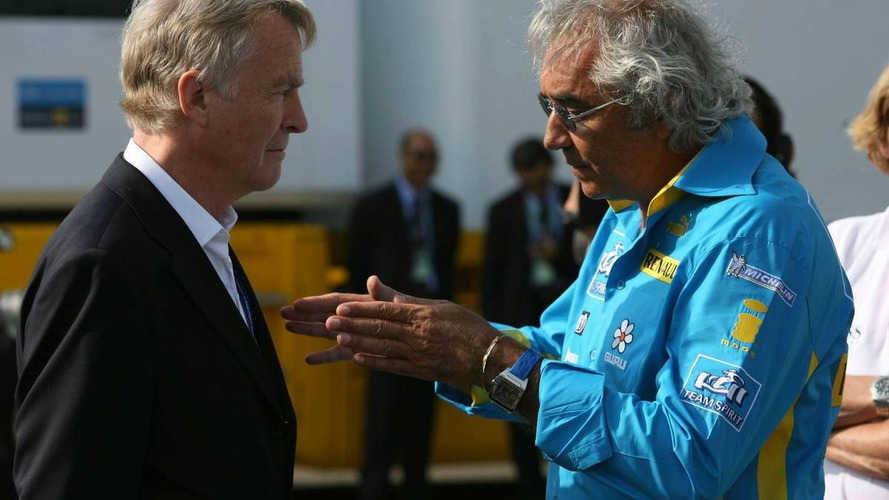 Max Mosley admits it is "quite possible" Flavio Briatore is gearing up to return to formula one.

Max Mosley admits it is "quite possible" Flavio Briatore is gearing up to return to formula one.

But Briatore overturned that verdict in a civil court, before Mosley's presidential successor Jean Todt agreed to let the Italian and Pat Symonds back into the paddock in 2013.

It is rumoured that Briatore, 60, could return in a promotional role alongside his friend and business partner Bernie Ecclestone.

"It's quite possible," Mosley said in an interview with Germany's Welt newspaper.

"Should he come back, then it will certainly not be as team boss, but rather as a promoter or a manager of his drivers," added the Briton.

"Bernie and Flavio are good friends and often go to lunch at a restaurant in Brompton Road, opposite Flavio's London office.

Mosley said he is still in contact with Ecclestone "from time to time", but predicts trouble for the stability of today's period of peace.

"Within the parties that make up this sport - the teams, the FIA and Bernie Ecclestone - there is constant friction. The cooperation is extremely fragile," he warned.

"Strengthening the balance of this triangle is a major problem requiring a lot of skill," said Mosley.