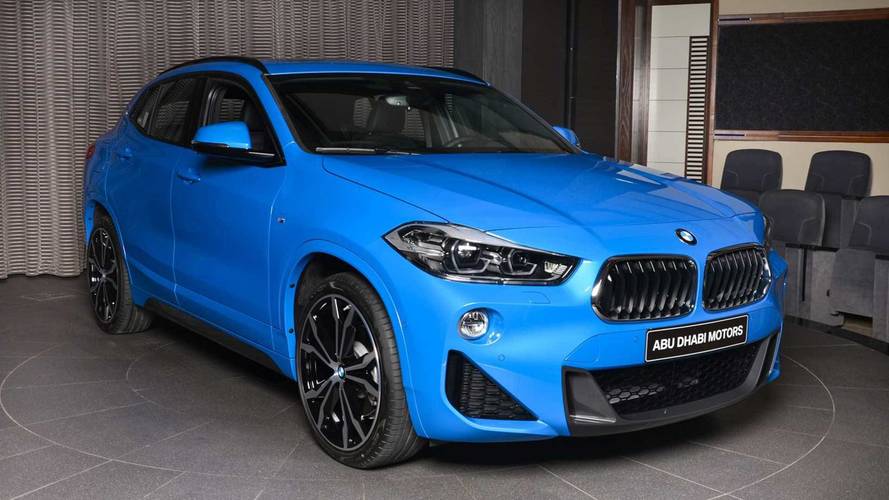 BMW Abu Dhabi Motors has something of a reputation for M edition Bimmers, and this time the newest crossover from Munich is in the crosshairs. We’ll come right out and say it – SUVs from BMW can be a bit polarizing to some in the styling department, but the X2’s balanced proportions give it a great look for the compact crossover segment. The M Sport package, of course, injects a bit more attitude into the equation and we do mean bit; in this instance the upgrade is quite subtle, but for the subtle good looks of the X2, it works well.

For starters, the M Sport Package does not an M make. The engine remains the same, which Abu Dhabi Motors lists on particular model as 192 horsepower (142 kilowatts). The suspension is a bit more sporty, however, with stiffer springs and damper tuning as well as a ride-height drop of about a half-inch. It also wears 20-inch wheels and gets an aggressive M spoiler at the back, not to mention the blackout treatment for the grille and other areas that typically see chrome.

Despite slotting above the X1, the BMW X2 is actually slightly shorter and lower than its entry-level SUV sibling. The wheelbase is the same, however, which helps give the X2 it’s arguably better shape. In its top power trim for the U.S., the X2 gets 228 turbocharged horses (170 kW) and can sprint to 60 mph in a little over six seconds, so it’s not like the crossover is all show and no go.

We don’t know what the going rate for a new X2 in Abu Dhabi, but in the U.S. the starting price is just shy of $40,000. The M Sport package adds roughly $4,300 to the sticker, so it’s not exactly inexpensive for a small crossover. We’d argue, however, that it’s one of the best-looking people movers in this segment. Scroll through our X2 mega gallery below to see what we mean.