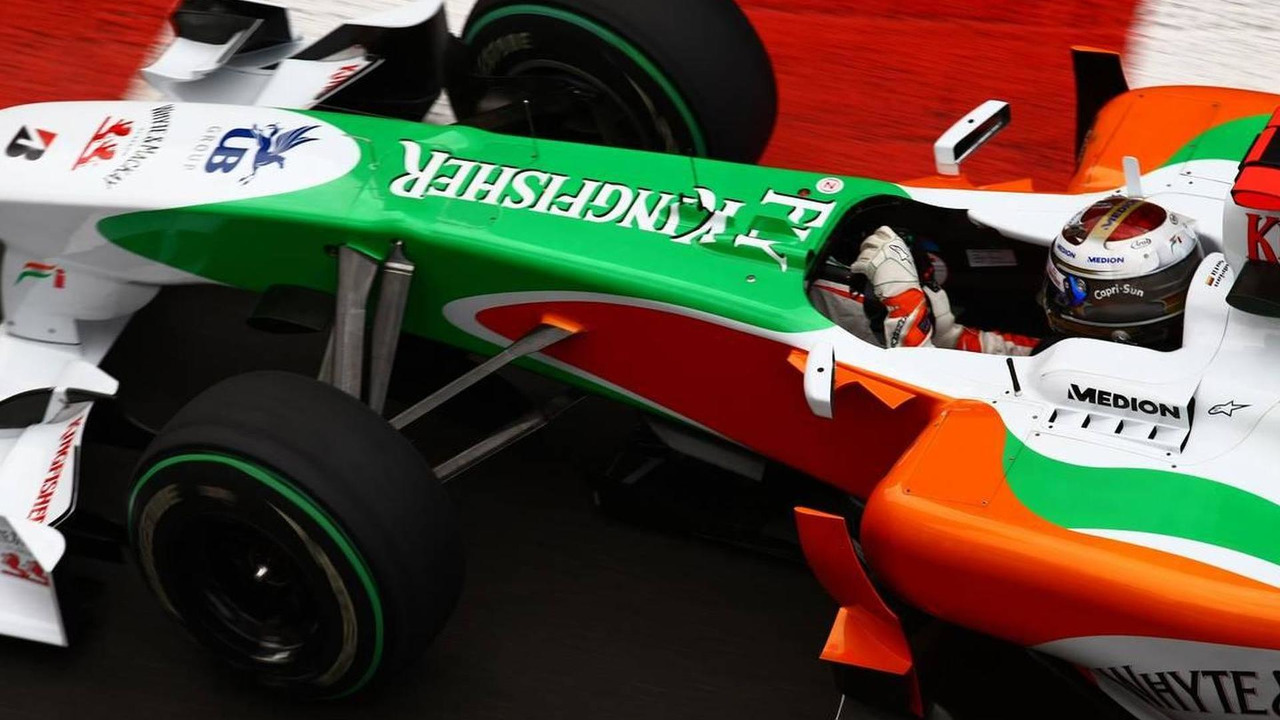 Force India has played down reports the team's assets might be seized while it is at Monza for the Italian grand prix next month.

Force India has played down reports the team's assets might be seized while it is at Monza for the Italian grand prix next month.

A legal spat between the Silverstone based team and an Italian wind tunnel company has resulted in Force India being ordered to pay more than EUR 1 million to Aerolab.

Aerolab said in a statement last week that Force India's presence at Monza next month "could trigger further exchanges of action between the two parties".

But a Force India spokeswoman has played down the prospect of the team's assets being seized due to non-payment of the High Court judgement.

She said there is a separate action involving the alleged use of Force India's intellectual property, because Aerolab used a disputed wind tunnel model as the basis of Lotus' 2010 car.

"The court determined the two cases should be considered separately and ordered Force India to release the EUR 1,074,000 lodged with the court and also pay associated costs," the spokeswoman is quoted by Reuters.

"Force India is in the process of complying with the court's instructions and actively progressing the IP litigation," she added.