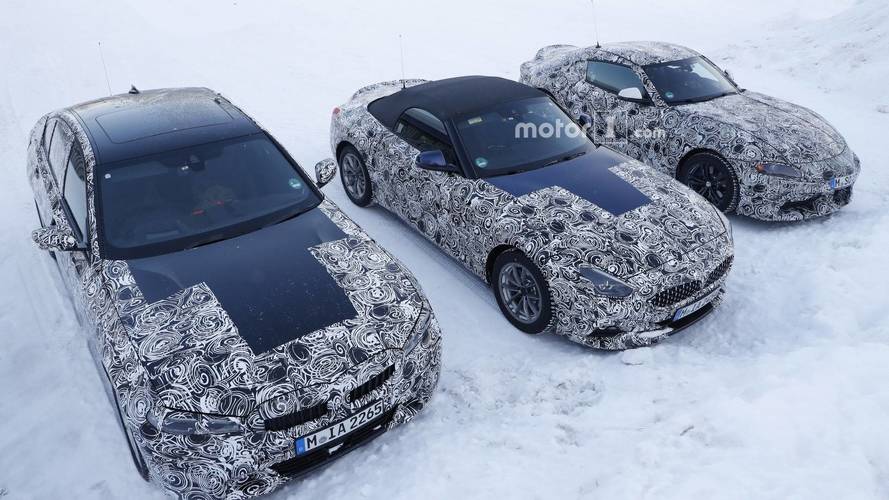 Two of the most anticipated new vehicles in the world could premiere at the same event.

The upcoming Geneva Motor Show may be the event that the automotive world has been waiting for very impatiently because it could host the debuts of both the BMW Z4 and Toyota Supra, according to Automotive News without citing specific sources. The BMW would allegedly be the production version, but the Toyota would just be a concept for the future coupe.

The Z4 and Supra share the same platform and possibly some of the same engines. BMW and Supra has been spied testing them together for months.

Based on the Z4 Concept and spy photos, the new BMW will be a simple, back-to-basics roadster compared to the current model. Instead of a folding hard top, there will be a fabric roof to save weight. The exterior styling will move to a sharper, more angular appearance. The powertrain lineup will initially consist of two tunes of a turbocharged 2.0-liter four-cylinder and a range-topping 3.0-liter turbo inline-six.

Toyota has already teased a so-called "modern racing concept" (above) for a debut at the Geneva Motor Show. The model's lines hint that it's a track-focused version of the new Supra with a massive rear wing. Leaked info suggests that road-going model would initially share a powertrain range with the Z4, but a later, range-topping variant might have a Toyota-developed hybrid drivetrain.

Previous reports suggested that BMW and Toyota decided to stagger the reveal of the Z4 and Supra. The Z4 allegedly wasn't supposed to arrive until later in the year, possibly at the Paris Motor Show. Rather than building the models at their own factories, the companies have enlisted Magna Steyr to assemble the sports cars in Austria.