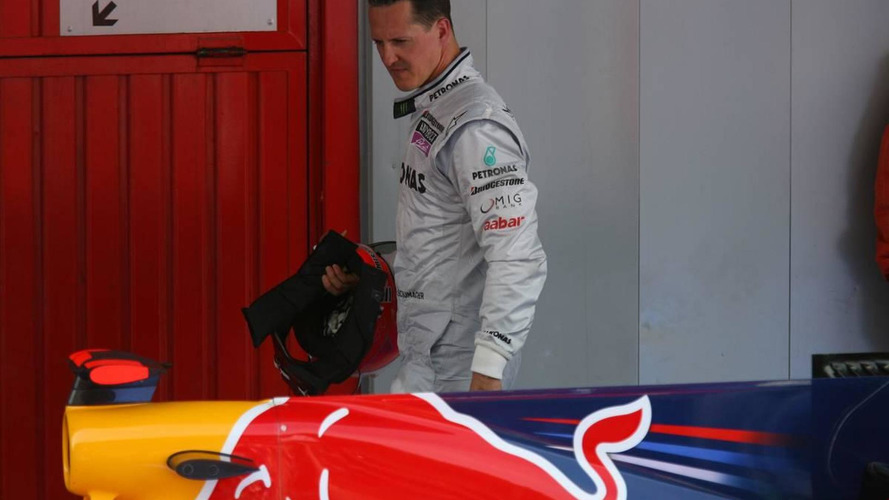 It is Mercedes' fault that Michael Schumacher has so far failed to step onto the podium during his 2010 return to formula one.

It is Mercedes' fault that Michael Schumacher has so far failed to step onto the podium during his 2010 return to formula one.

That is the opinion of Bernie Ecclestone, who said he is nonetheless happy that the seven time world champion decided to end his three-year retirement this season.

"If Michael would be sitting in a Red Bull, I would put my money on him," the F1 chief executive told Sport Bild. "Then he would certainly win."

Schumacher confirmed: "Let's put it this way -- with a Red Bull things would definitely be very different."

Even though it has not been a success in terms of results, Ecclestone describes the 41-year-old's return to F1 as "super, perfect".

"We have had huge media coverage because of Michael. Thanks to him again! I admire him for making this step."

After his duel with Rubens Barrichello against the Hungaroring pitwall before the August break, Schumacher heads into his favourite race at Spa this weekend with a ten-place grid penalty.

But the German insists he is already focused on next year.

"I still have my goal of winning another world title," said Schumacher. "I accept that it's going to take time and that it's a hard challenge."

And Ecclestone defends Schumacher against the criticism that, with a record 91 wins in his first career, he is now not good enough to beat his young teammate Nico Rosberg.

"When people tell me that Rosberg is faster than Michael, I say to them that it's Nico with something still to prove, not Michael," said the Briton.