The Land Rover Phone Is Here For Those Outdoorsy People 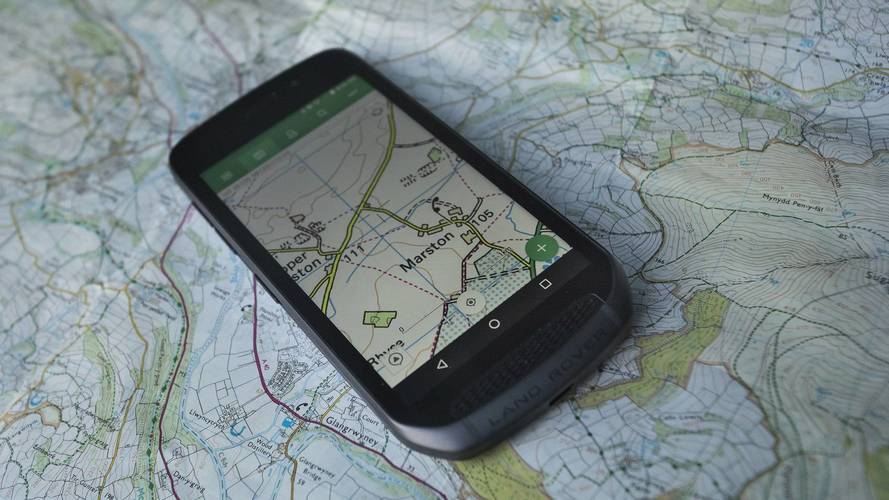 You won't get lost with this phone.

Land Rover is known for making vehicles capable of going far beyond where the off-road trail ends. While it’s rare to see the latest luxury SUV fording through a river or climbing a rocky hillside, that doesn’t mean there aren’t owners who are exploring the farthest reaches of Earth in a Land Rover. Now, Land Rover has the perfect smartphone for those looking for an adventure, and this is more than just your typical licensed product. The Land Rover Explore Outdoor Phone has several enhancements that make it ready for the off-road lifestyle.

One cool feature out of the gate is the 4,000-milliamp-hour battery, which can provide up to two days of use typical use. Battery life can double with the included Adventure Pack, which clips to the back of the phone. Not only does the battery add 3600 mAh of battery power, but it also comes with its own GPS patch antenna to improve GPS reliability and accuracy. The phone also sports a dual SIM feature that allows the phone to connect to two networks, which could be vital in an emergency situation.

Getting lost is one of the most dangerous things that can happen while out in the wilderness. While added GPS accuracy and reliability is great, the features do little if the phone is dropped or gets submerged in water. That’s why the Land Rover Explore Outdoor Phone complies with the IP68 rating for waterproofing, including salt water. The phone has also designed for general durability. It’s been drop tested to 1.8 meters (5 feet, 11.9 inches). The phone can survive extreme temperatures, thermal shock, humidity, and vibration exposure. The five-inch full HD display was even well thought out. It’s not only been optimized for sunlight legibility but also can be controlled with two wet fingers or while wearing gloves.

There are several packs available that can attach to the phone beside the Adventure Pack. The Bike Pack adds a bike mount and case for both the stem and handlebar that is capable of tilting to adjust the viewing angle or orientation. Then there’s the Ultimate Battery Performance that adds 4370 mAh of battery capacity.

The Land Rover Explore Outdoor Phone launches in April with the Adventure Pack. Starting price is €649 (£599, $838), which is more affordable than other automotive-branded smartphones. Sadly, there's some bad news if you hope to explore the U.S. The phone won’t be sold here.