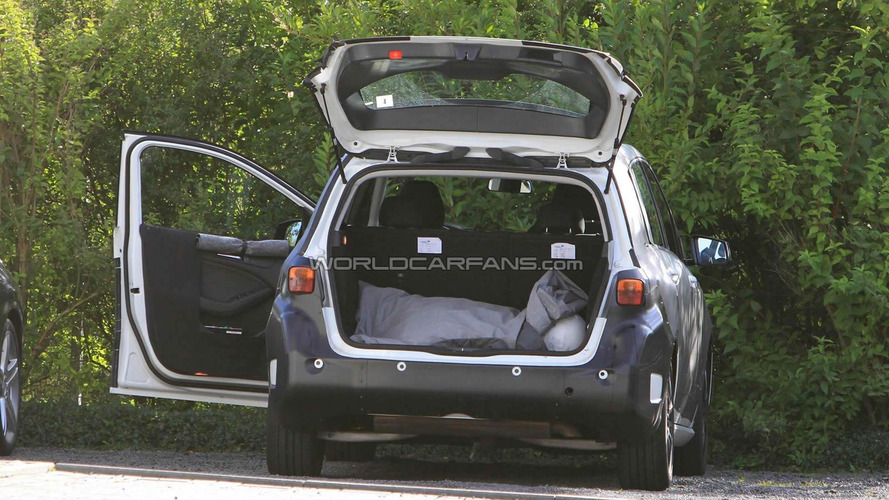 Wearing less camouflage than ever before, the B-Class prototype bares a strong resemble to the BlueZero concept.

Our spy photographers have managed to catch new images of the 2012 Mercedes B-Class.

Wearing less camouflage than ever before, the prototype bares a strong resemble to the BlueZero concept which debuted at the 2009 North American International Auto Show. Notable features include a longer wheelbase, a GLK-like grille, a panoramic glass sunroof, and a tailgate-mounted spoiler.

When engineers decided to take a break from testing, they accidently forgot to close the doors. This enabled our spies to snap an interior picture, but unfortunately we only see the rear seatbacks and the front armrest.

While the B-Class won't go on sale until 2011, a near-production concept could be unveiled later this year.