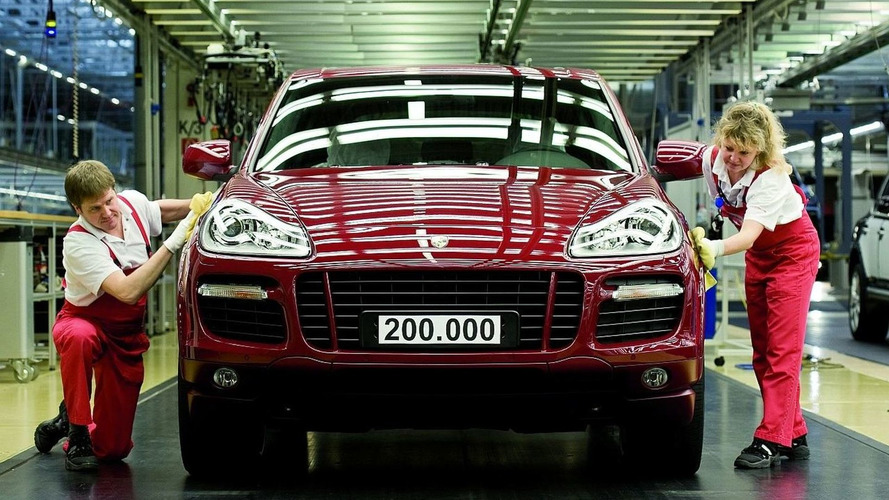 Soon over 200,000 people would have enjoyed the Porsche Cayenne, a vehicle some purists had cursed to nowhere when it was launched back in 2002. Now six years later the 200,000th unit has left the production line at Leipzig and headed straight to the Middle East where it will join countless other bling-mobiles in that market. The car was a GTS version, the new one with 298kW and a V8 powerplant. It is sold as the 911 GT3 version of the Cayenne. Cayenne models were facelifted almost a year ago to even greater success.

Porsche is now selling more Cayenne models than anything else, which means the gamble by chairman Dr Wiedeking to expand into the SUV market is more than paying off. Porsche insists the Cayenne is a true blood Porsche in every way.

Like almost every other car, Porsche sells more Cayenne in the US than anywhere else (clearly the Chinese haven’t been told they populate half the earth), with a consignment of 30 percent of sales heading the US way. High growth rates have also been recorded in China, Russia, Latin America, Middle East and South Africa.