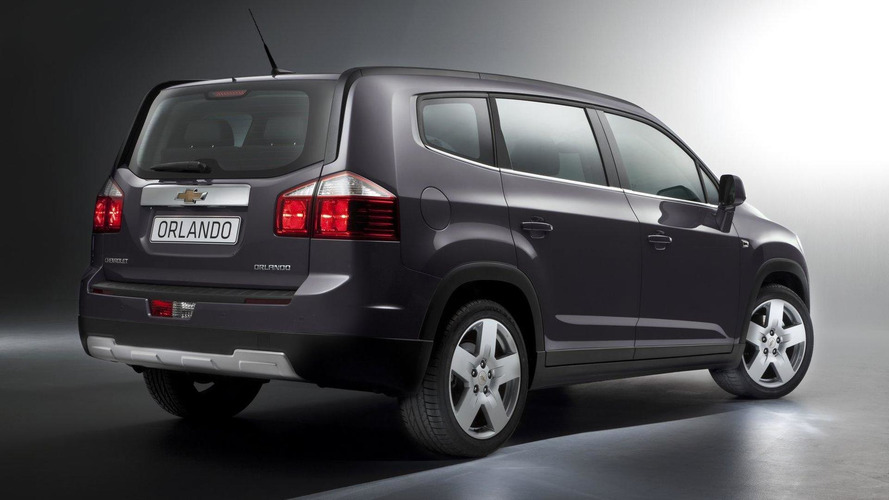 Chevrolet has released the first official details about the Orlando MPV. Full coverage inside.

Chevrolet has released the first official details about the Orlando MPV, ahead of its debut at the Paris Motor Show.

Based on the Orlando concept, the production model shares a similar design but, overall, it's a lot less interesting than the concept. The greenhouse is carried over, but the grille, headlights, taillights, side sills, front bumper, and door handles aren't. Basically, it's blah in box form.

While no interior pictures were released, Chevrolet says the Orlando has a "Corvette-inspired dual cockpit" with ambient blue lighting, plenty of storage compartments (including one behind the audio head unit) and seating for seven.

The Orlando won't be sold in the United States, but European sales are scheduled to begin early next year.