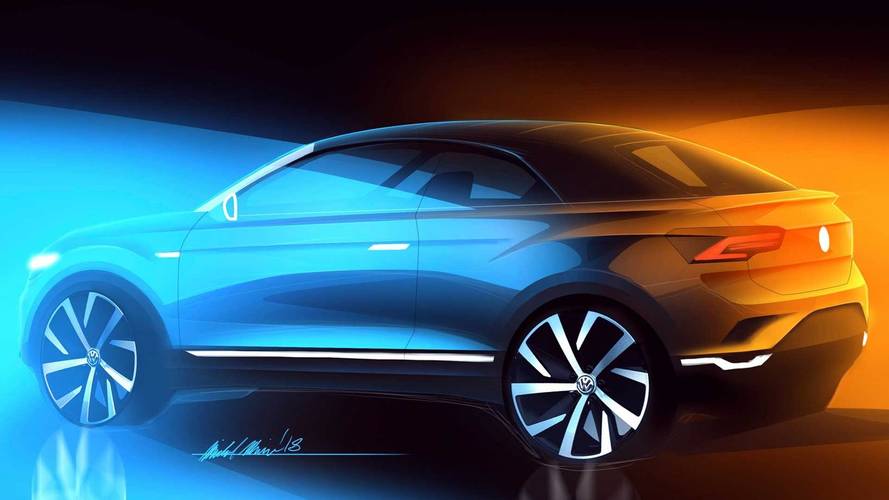 It seems Volkswagen has some big plans for its new T-Roc compact SUV. The automaker today announced plans for a cabriolet version that will enter production in 2020. You read that correctly – a convertible version of a brand-new SUV that, if we’re honest, hasn’t even established itself in the market yet. That’s an unexpected move from Volkswagen to say the least, not to mention pretty darned bold given the controversial and virtually non-existent history of previous open-roof crossovers.

Still, that isn’t stopping the company from investing €80 million to bring the drop-top T-Roc to production. That translates to almost $100 million in U.S. currency, and it will all go to VW’s Osnabrück plant where the convertible crossover will be built. No details have been offered on this topless T-Roc, but the rendering above depicts a two-door version with what appears to be a folding hardtop.

“Volkswagen is evolving into an SUV brand,” said Volkwagen CEO Dr. Gerbert Diess. “The T-Roc is already setting new standards in the compact SUV segment. With the cabriolet based on the T-Roc, we will be adding a highly emotional model to the range.”

We’re assuming Volkswagen is aware of the last time a manufacturer attempted to splice convertible DNA with that of an SUV. Everyone remembers the Nissan Murano CrossCabriolet, and not just for its awkward look. Small back seats and limited storage space negated its practicality as an SUV, while sluggish performance and terrible rigidity made it suffer as a convertible. Sure, it had more ground clearance than the average drop-top runabout, and with all-wheel drive it could handle forest trails better than, say, a Mazda Miata. But there’s a reason why it only lasted four years.

Yes, people are buying more SUVs and crossovers than ever before and we understand automakers seeking something different to stand out in the crowd. The million-dollar question here is whether modern-day SUV buyers are also convertible buyers. The Nissan experience tells us no, but maybe Volkswagen can find a way to make the idea work.

Green light for a new cabriolet based on the T-Roc: within the framework of its major model offensive, the Volkswagen brand is launching its first convertible SUV. The new model is to be produced from the first half of 2020. At its meeting held today, the Volkswagen Group Supervisory Board confirmed the investment of more than €80 million in the Osnabrück plant which is required for this purpose. With this decision, the brand will be continuing the cabriolet success story of the Osnabrück team and safeguarding employment at the plant.

Dr. Herbert Diess, CEO of the Volkswagen brand, says: "Volkswagen is evolving into an SUV brand. The T-Roc is already setting new standards in the compact SUV segment. With the cabriolet based on the T-Roc, we will be adding a highly emotional model to the range. I am especially pleased to note that we can count on the Osnabrück team's decades of experience with convertibles. The Osnabrück plant now has bright prospects for the future."

SUVs are currently making a key contribution to the growth of the Volkswagen Group's core brand. With 720,000 Tiguan vehicles delivered, this car is among the 10 best-selling models in the world and the top three SUV's. By 2020, the brand intends to expand its SUV range throughout the world to 20 models. By then, about 40 percent of the vehicles sold by Volkswagen are to be SUV's. With the new cabriolet based on the T-Roc, Volkswagen will further reinforce its presence in the compact SUV segment, one of the fastest-growing segments in global automobile markets.

The investment of more than €80 million in the production of the new cabriolet will allow the comprehensive modernization of production technology, assembly and logistics at the Osnabrück plant. Following the run-up phase, a production volume of up to 20,000 vehicles per year is planned.

With the new cabriolet based on the T-Roc, Volkswagen is bringing this body style into the currently particularly strong growing SUV segment. This model continues Volkswagen's cabriolet tradition, which dates back almost 70 years. The original version of the T-Roc was successfully launched on European markets at the end of 2017. To date, more than 40,000 orders have been taken for the model.