New Audi A6 Avant Spied Inside And Out 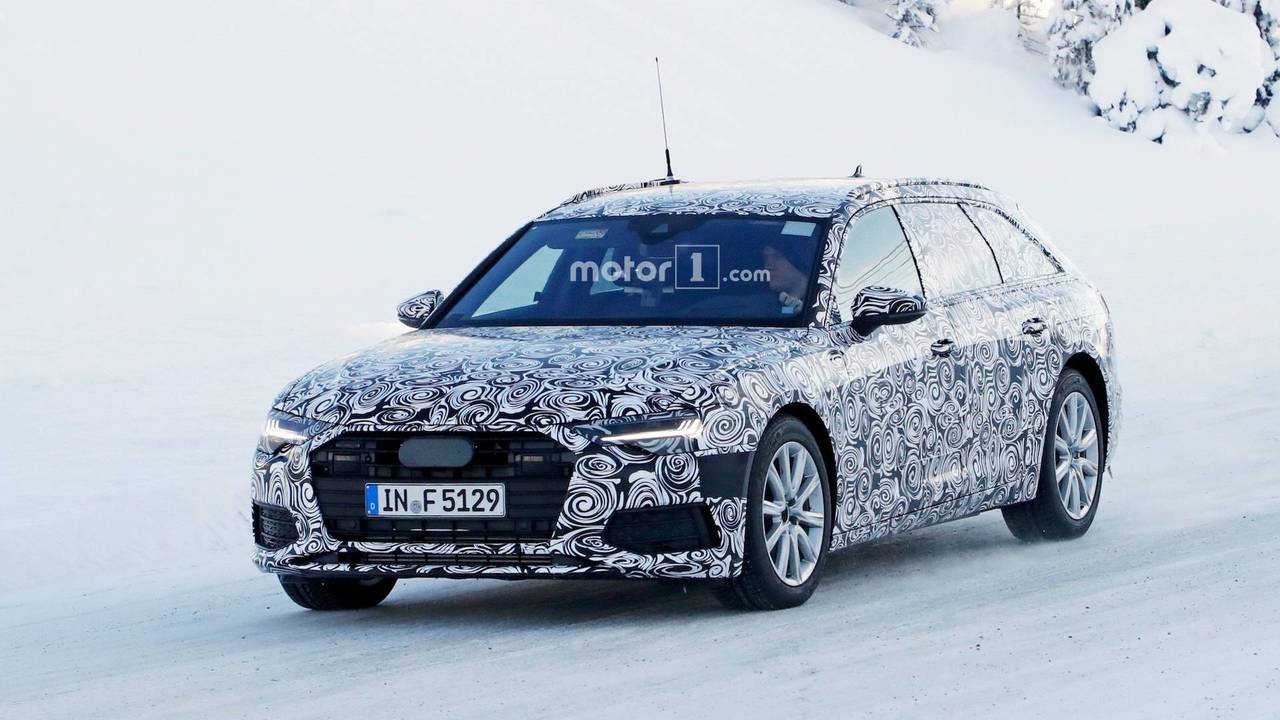 The dual touchscreen setup is the same tech we've seen on cars like the A8.

The all-new Audi A6 is so close we can almost taste it. The sedan version is scheduled to make its debut in just a few weeks – most likely at the Geneva Motor Show in March – but it will be some time before we see the more spacious Avant version. Earlier in the month our spy photographers captured the sexy station wagon testing on public roads, and now new images show the A6 Avant both inside and out.

Like the prototype before it, this one is well covered up in camouflage. We can still make out a few distinguishing features like the more aggressive front fascia complete with a hexagonal grille, larger intakes taking up space at the corner of the fascia, and what appear to be production headlights with LED running lights accenting the edges.

The A6 sedan and the A6 Avant should share a number of similarities, particularly in the front fascia. But it’s in the boot where the Avant is unique, of course. Spy photos show a raked rear hatchback, far sleeker than any styling found on previous models. The exhaust tips on this particular prototype are covered up, as are the production taillights.

While there may be not much new to report on the exterior front, our photographers managed to capture a few images of the cabin of the new Audi, too. The photos show a unique dual screen setup and digital instrument, which leads us to believe that the A6 Avant has adopted the same MMI touch response system found on new Audis like the A8. In the A8, the two touchscreen systems measure in at 10.1- and 8.6-inches respectively.

With an all-new platform, the new A6 Avant should be lighter and more efficient than the outgoing model. The new wagon will use both four- and six-cylinder engine options, with S6 and RS6 variants expected to join the range later down the line. The A6 sedan is expected to make its debut in just a few weeks, but don’t expect to see the Avant version until later in the year.