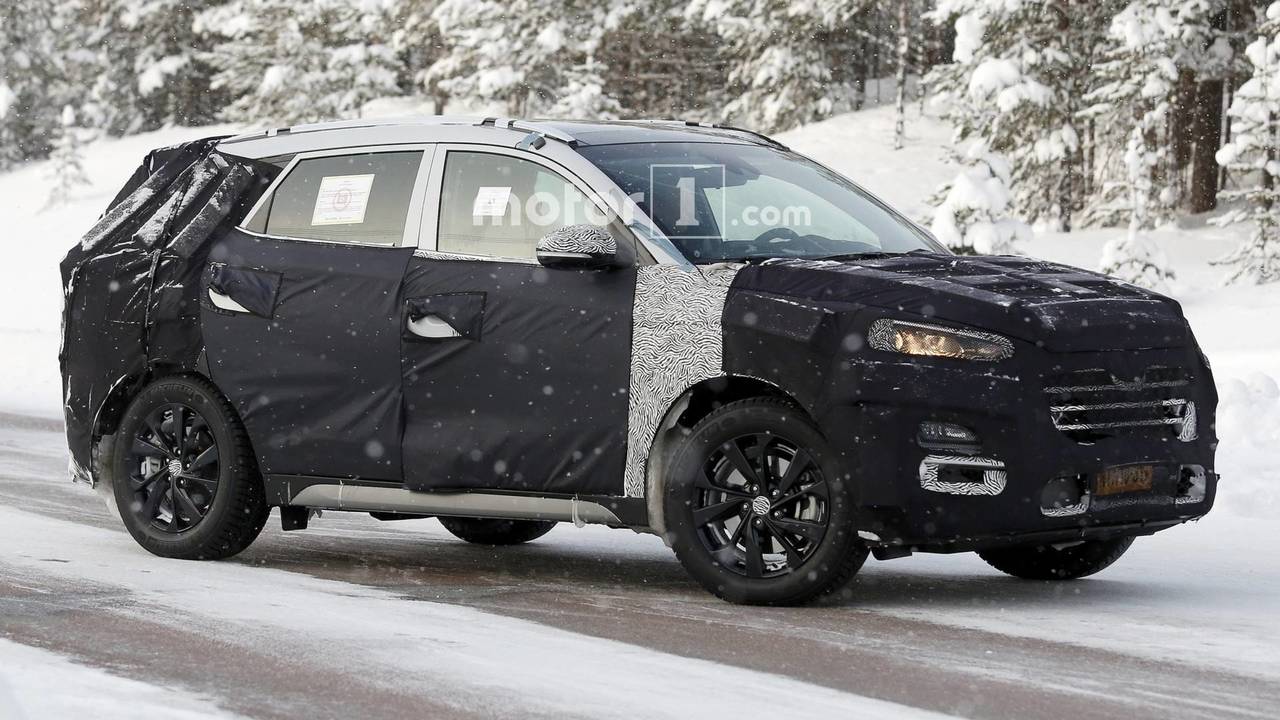 What's hiding under the camouflage? A new fascia and, probably, a revised tail.

Our spy photographers have sent us another batch of fresh spy photos, depicting the refreshed Hyundai Tucson. Unfortunately, the South Korean SUV is still testing with a lot of body camouflage, but we don’t expect any major visual changes anyway.

You don’t have to be a car guru to assume Hyundai is not planning a complete overhaul of its model, as it’s been on the market for about three years now. Instead, the automaker will focus its efforts towards giving the Tucson a bit more attractive look and upgrading it with the latest technologies.

The facelift will include new headlights, bumper, and radiator grille. Depending on the trim level, the vehicle will be offered with two different headlight clusters – this new prototype shows LED technology won’t be standard across the range as lesser models will be equipped with standard halogen projector units.

According to preliminary details, the engine range will carry on without significant changes. This means customers in the United States will be able to choose from a 2.0-liter naturally aspirated engine unit, delivering 164 horsepower (122 kilowatts) and 151 pound-feet (204 Newton-meters) of torque, or a 1.6-liter turbo GDI motor with 175 hp (130 kW) and 195 lb-ft (264 Nm) of torque. These units might be tweaked to produce a bit more power and emit less harmful emissions, but nothing big is planned.

In Europe, two diesels are also available. The 1.6 and 2.0 CRDi will, again, continue to be offered without drastic changes. The available transmission options will include a standard six-speed manual or a seven-speed dual-clutch automatic.

Given the fact that Hyundai is still using heavily camouflaged trial vehicles and the relatively recent update of the 2018 Tucson equipment, we don’t expect to see the facelifted model before the year’s end. The Los Angeles Auto Show in late November could be the venue, where the 2019 Tucson will debut for the first time, but nothing is confirmed yet.