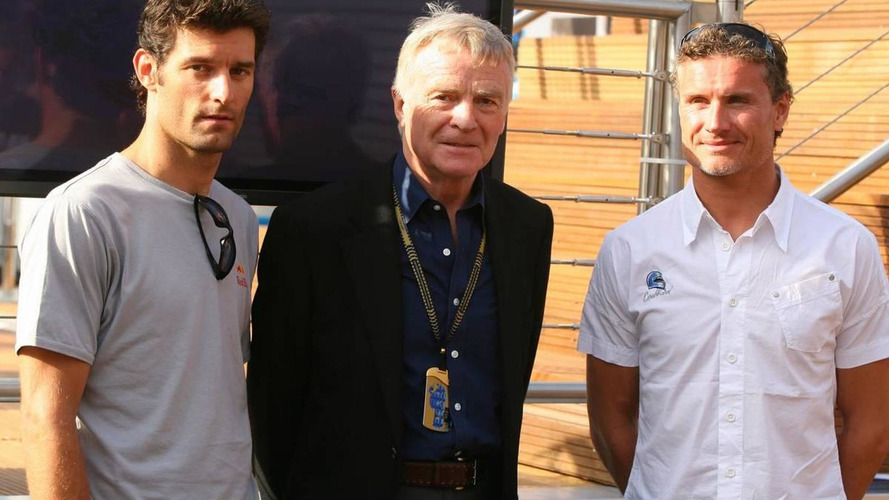 Mark Webber has been tipped to still have his championship lead when the chequered flag waves at the end of November's 2010 season finale.

Mark Webber has been tipped to still have his championship lead when the chequered flag waves at the end of November's 2010 season finale.

Even though Lewis Hamilton, Sebastian Vettel, Jenson Button and Fernando Alonso are all still within a mere 20 points of the Australian title leader, Max Mosley thinks the 33-year-old is ready to be world champion.

"He is very experienced and mentally strong," the long-time former FIA president is quoted by Germany's Welt newspaper. "He has the makings of a champion.

"He has improved once again this year as a driver, and is in the best car. I also think the public likes his story -- a man who fought for years and could now be rewarded for this admirable energy," added Mosley.

Webber's German teammate Vettel is often referred to as the better of the pair, but Mosley thinks it is Webber who is "better equipped for the current situation".

23-year-old Vettel, however, is "an extremely dynamic driver with a great future", according to Mosley.

Former Red Bull driver David Coulthard agrees with Mosley that it is the Milton Keynes based team occupying the role of favourite for the 2010 titles.

"People will say I am biased given my professional relationship with the team, but I'm sure they won't thank me for increasing the pressure on them," he said in his latest column for the Telegraph.

"The reality is they have had the quickest package all year and the gap, if anything, is growing," added Coulthard.

The Scot, however, thinks the remaining seven races of the season, to all take place within the next 12 weeks, are an exciting prospect for F1 fans.

"Certainly no season that I can recall has been as open and competitive," said Coulthard, now a F1 pundit for British television and a DTM driver.