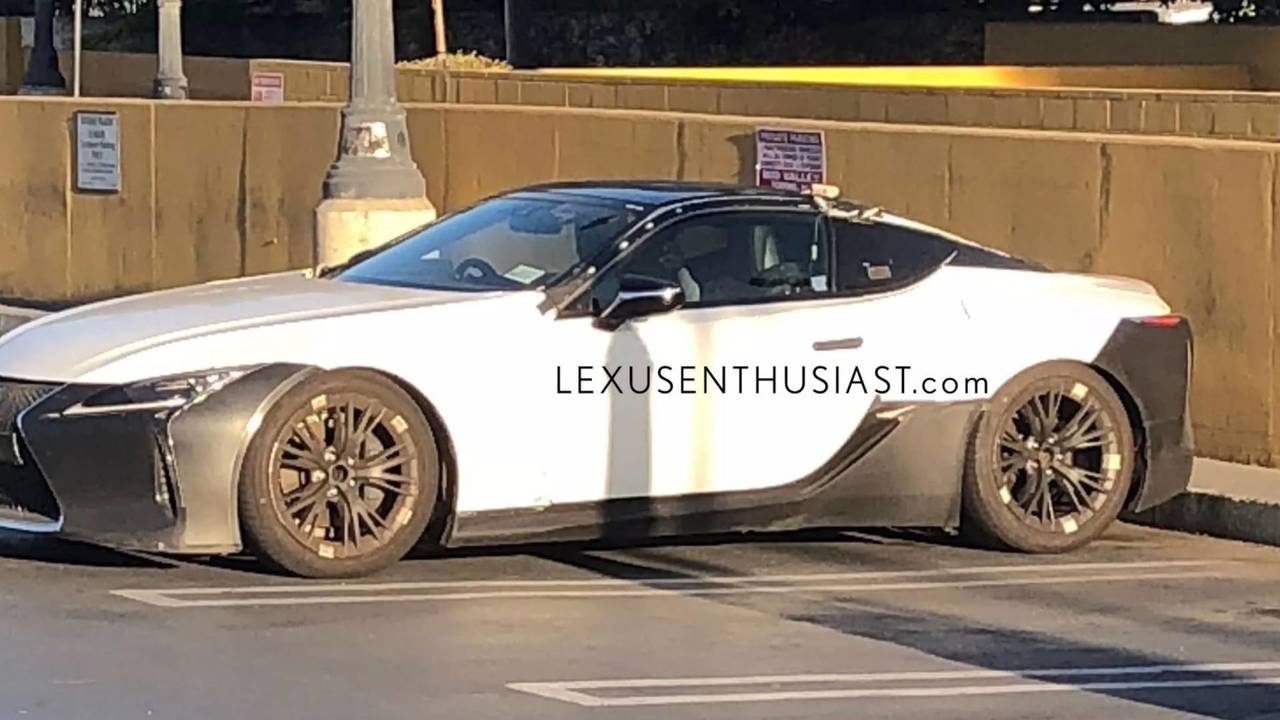 Fingers crossed that it's the long-rumored version with an alleged biturbo V8 good for 621 horsepower.

Rumors of a high-performance F version of Lexus’ stunning LC coupe have been swirling around the World Wide Web for a long time, but officially, the car doesn’t exist. Contrary to popular belief, the LC F hasn’t received the proverbial stamp of approval just yet from the company’s execs, though the high-ranked officials did reveal at the beginning of the year the car is seriously being considered.

An interesting right-hand-drive prototype has been spotted by a reader of Lexus Enthusiast in a parking lot in California to fuel those rumors about an LC F. That being said, it’s impossible to know for sure just by looking at these two spy shots depicting a test vehicle that seemed to have a mildly reworked spindle grille and updated front vents.

If we’re indeed looking at an early LC F, underneath that long hood could reside a newly developed biturbo 4.0-liter V8 with an estimated 621 horsepower (463 kilowatts). Aside from gaining more muscle, the coupe is allegedly set to lose some weight as a result of using carbon-fiber reinforced polymer (CFRP). With the LC 500 tipping the scales at a hefty 4,280 pounds (1,941 kilograms), a diet would be more than welcome.

But if this isn’t the LC F, what else could it be? Well, one plausible scenario is Lexus has plans for an F Sport version. Either way, it looks like Toyota’s premium marque has something in tow for its swoopy coupe, which we already know will lose its roof in a couple of years for a convertible version.