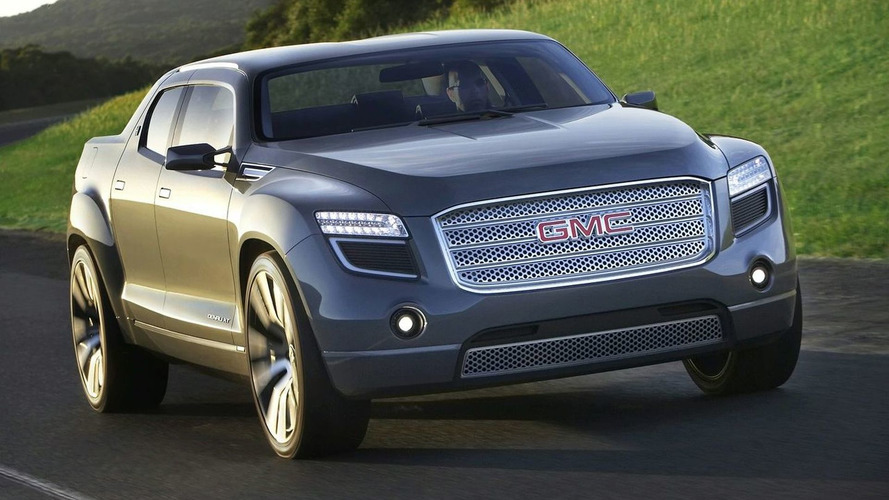 Toyota may have amazed some people at the Detroit Auto Show with itâ€™s A-BAT Concept, a midsize unibody pickup up truck that is 4.61 m long, with a wheelbase of 2.85 m, and uses a four-cylinder engine mated to a hybrid system, but it is no surprise GM was able to react. The real surprise is that it has done it quickly. Only one month after Detroit, the Chicago Auto Show will witness the arrival of the GMC Denali XT Hybrid pickup truck, a vehicle that faces the A-BAT with some advantages.

The GMC Denali is bigger than the A-BAT (5.21 m long and with a wheelbase of 3.13 m), but keeps the central idea: the unibody, instead of a body-on-frame structure, what enhances driving behavior (since the body is more rigid) and lightness (in order to save fuel), and the hybrid system. In fact, it uses the two-mode hybrid system GM has developed in association with Daimler and BMW, considered to be one of the best in market, nowadays. According to GMC, this equation of lower weight and hybrid technology allows the Denali XT to be 50% better than other midsize pickup trucks when it comes to fuel economy.

GMCâ€™s concept also uses a bigger engine. In place of the four-cylinder, the American automaker gives the public a 4.9 V8 engine with direct-injection technology and Active Fuel Management, which allows the motor to have half of its cylinders deactivated in order to save fuel. In other words, a V8 that can turn itself into a four-cylinder. Not bad at all, even because people can use a renewable fuel in this engine, the E85. This is possibly the first direct-injection engine able to work with ethanol as well as with gasoline.

With a height-adjustable suspension, independent in all four wheels, and minimum front overhang, the rear-wheel-drive Denali XT is built over the Zeta platform, the same used for theHolden VE Commodore Sportwagon, for example. It is also said to anticipate all future GMC pickup trucksâ€™ design. No one says that officially, but if the Denali XT is well received by the customers, it may even be the first one with this design to go to the dealers.