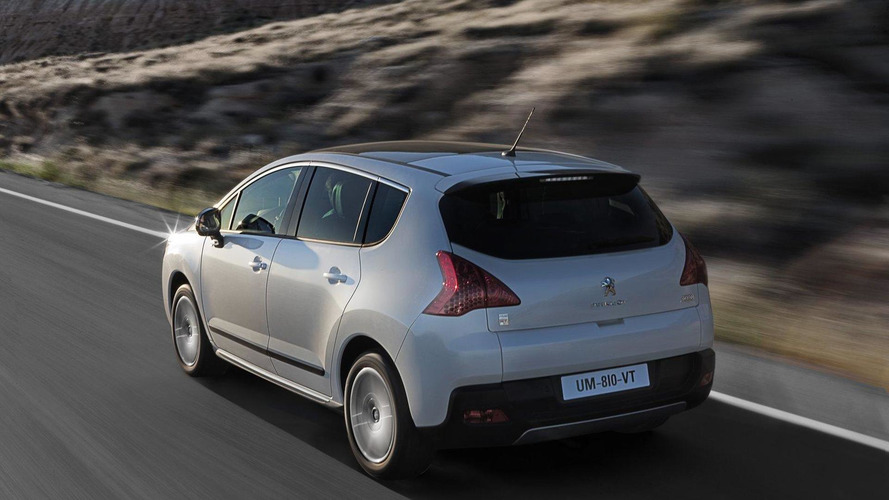 The 3008 will be the first Peugeot model to feature the new diesel-powered hybrid drivetrain. The diesel-electric hybrid set-up will follow later on in the RCZ model. The 3008 HYbrid4 has a total output of 200 PS (147 kW) and 500 Nm of torque.

It's not just a concept car for the auto shows anymore. Peugeot has announced the 3008 HYbrid4 - the first diesel-powered hybrid to hit the markets anywhere. The car will go on sale in Europe in 2011.

As Peugeot had previously announced, the 3008 will be the first vehicle in the French automaker's lineup to feature this new powertrain set-up, which is slated to follow in the RCZ model too. The HYbrid4 features a 2.0 liter HDi diesel engine with 163 PS (120 kW) and 300 Nm of torque powering the front wheels while a 27 kW electric motor mounted on the rear axle powers the back wheels. The electric motor is fed electrical current from the nickel metal hydride batteries fitted under the trunk.

Along with the 6-speed manual gearbox (BMP6), the stop-start system, the kinetic energy recovery system, and a electronic control unit that manages the various modes of the diesel engine and electric motor working together, fuel economy on the 3008 HYbrid4 is a spare 3.8 liters/100 km and its CO2 emissions rating is a very green 99 g/km - solid credentials for a crossover/SUV model that will make it one of the most competitive vehicles in its segment.

The 3008 Hybrid4 goes on sale in Europe next spring.