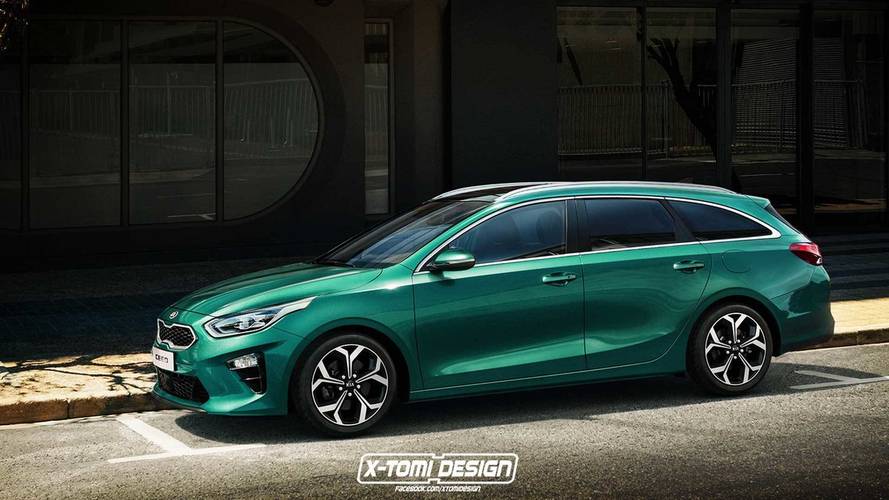 Kia's redesigned compact lends itself well to a range of submodels.

The new Kia Ceed was only just revealed a few days ago and hasn’t even made its first public appearance yet. That will come soon enough at the 2018 Geneva Motor Show, but thanks to X-Tomi Design we already have renders of the popular hatchback (now spelled without the apostrophe) in both a wagon and fastback guise.

Actually, Kia has said there will be four additional models for the Ceed in the months and years to come and one of them is indeed a wagon slated to appear shortly in Geneva. There’s no guarantee it will look like the render above, but with an elongated backside and a loving curve to the side glass we can hope the new model is close to what we see here. As for the fastback, that will probably be a flight-of-fancy exclusively relegated to the imagination.

Or could it come to life?

We do know that Kia will have the standard five-door and wagon, and we’ve also learned that a Ceed crossover is coming eventually. To liven things up, a Ceed GT hot hatchback is also on its way that should launch before the crossover, but none of these submodels necessarily lend themselves to a fastback shape.

There is one more Ceed variant coming, however, that could translate to something resembling this attractive fastback – a production version of the elegant Proceed concept we saw back in 2017. In concept form the Proceed adopted more of a shooting brake appearance with its longer front fenders, but making the transition to production could well lead to a suave shape not unlike the fastback we see above. We're totally okay with that.

In the meantime, we’ll be getting to know the new Ceed on a better level at Geneva and behind the wheel with a first drive, all of which will be coming soon.