Match Your New BMW X2 With A Pair Of Swanky Sneakers 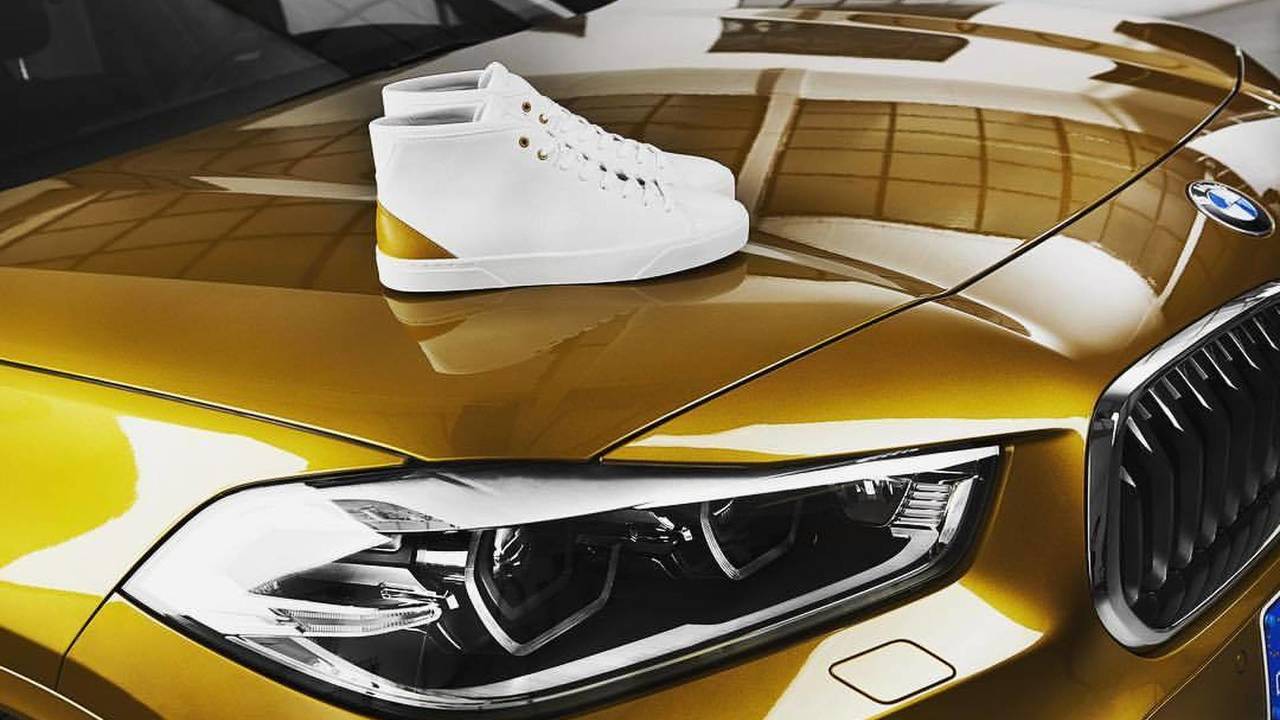 The golden shoes will be available online and from select dealers.

Buyers of the new BMW X2 are likely picking the SUV in large part for its sleek design since it's actually somewhat smaller than the X1, and they put practically the same cockpit in front of drivers. A few of these image-conscious will soon have the opportunity to get a pair of shoes from Germany's boutique brand Vor that will match their new X2.

The sneakers are mostly white hightops with a gold strip on the ankle and matching eyelets. They also have X2 embossed into them. According to BMW Blog, they'll be available online and from select dealers during the X2's launch. BMW and Vor are being rather secretive about exactly when someone would be able to get ahold of these fresh kicks.

In the United States, the SUV will start at $39,395 after destination, but buyers with a love for amenities will be able to add enough options to take the price to $54,070. The only available engine initially is a 2.0-liter four-cylinder that produces 228 horsepower (178 kilowatts) and 258 pound-feet (350 Newton-meters) of torque. An eight-speed automatic routes the output to an all-wheel-drive system – a less expensive, front-wheel-drive version arrives a few months after the initial launch. Buyers can spec additional luxuries like a head-up display, a driver assistance suite, and adaptive dampers.