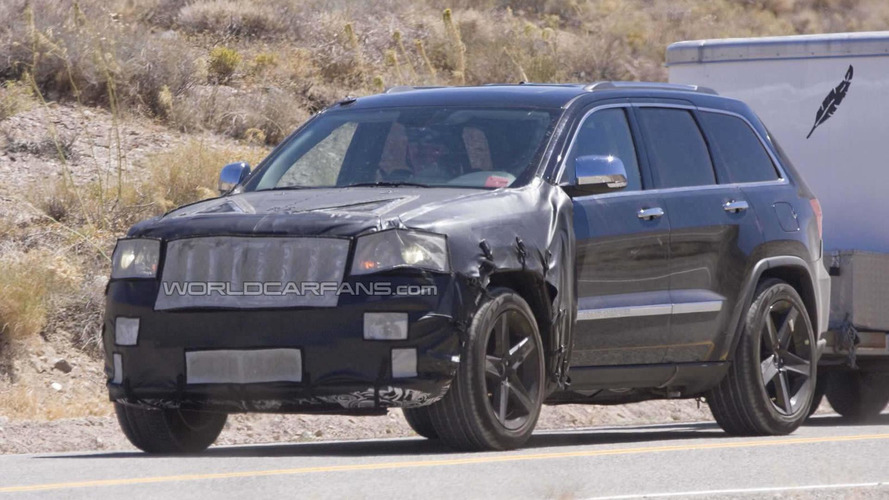 Check out the latest spy pics and find out more about the Grand Cherokee SRT8, inside.

Kudos to the fleet-footed spies in Death Valley who managed to score some shots of the next Jeep Grand Cherokee SRT8.  The top-shelf version of the Grand Cherokee has not officially been given the green light; not surprising considering the base model's consistent declining sales.

The Grand Cherokee had a lower total volume of sales in America for only three of the last 12 years.  Increases were seen in 1999 with the introduction of a new version, in 2002 with the release of the Sport, Overland and Special Edition trim levels, and in 2006, when the first full year of sales for the SRT8 began.

This could be how the new SRT8 model comes into play, which will bring both serious buyers and those with casual interest to the showroom floors.  Our spies caught a glimpse of the car's new front end in a rapid-fire ambush when padding was removed.  It clearly features changes to the front bumper, which is now bigger and has a fuller lower half, and changes to the hood.

If Chrysler can keep the SRT8 model's weight down, the SUV will give the X5M a run for the money.