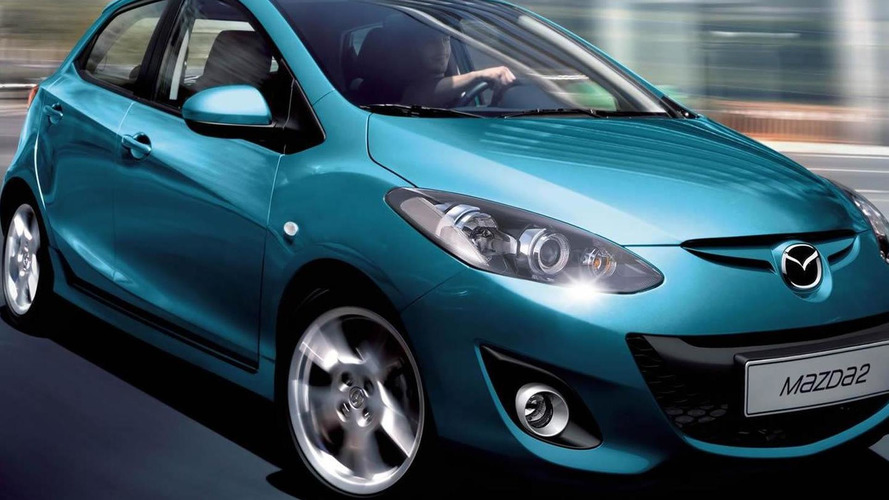 Mazda2 will get front fascia borrowed from its U.S.-market sibling. Mazda also promises a new suspension tweaked for comfort and new powertrain options.

The facelifted Mazda2 European edition will be making its debut at the Paris motor show in October with a few additions including a new front fascia with some of the styling borrowed from its U.S.-market sibling, changes to the chassis, and new powertrain options.

The new face of the Mazda2 will bring it in line with Mazda's design paradigm, which Mazda calls its "unique family face". It will also now be fitted with an automatic transmission and the suspension has been tweaked to offer more "comfort".

What that new powertrain lineup will feature, though, Mazda doesn't specify. But Mazda will also be debuting an updated Mazda3 and Mazda5 at the Paris show and has introduced a new MZ-CD 1.6 liter diesel unit for both those models. Maybe the Mazda2 will get a variant of that engine, although Mazda provides no hint of that.

That new 1.6 liter diesel comes with 115 PS (85 kW) in the Mazda5. This diesel engine is now Euro V compliant and features a fuel-economy rating of 5.2 liters/100 km (as configured for the Mazda5 model).

The Mazda3 will also be getting the MZ-CD 1.6 liter diesel where it will have a fuel economy rating of 4.4 liters/100 km. Mazda didn't specify whether it would have the same 115 PS output.

The Mazda2 was first unveiled in Europe in 2008. A North American edition was later brought out in 2009.

The Mazda2 won the World Car of the Year prize back in 2008.