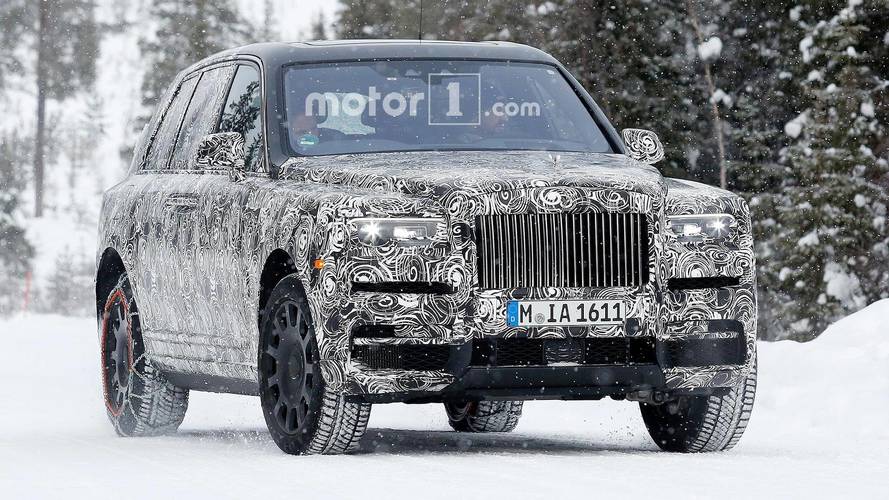 This SUV wears snow chains on its rear wheels, too.

The Rolls-Royce Cullinan isn't too far away from an official debut, but the British brand isn't done testing it yet. These new spy shots catch the brand's boxy SUV wearing snow chains during cold-weather evaluations. Rolls also has a Land Rover Ranger Rover for benchmarking duty.

The Cullinan looks imposing, even with camouflage covering the body. The model features a tall hood with a heavily chiseled appearance. Rectangular headlights add to the angular aesthetic. The boxy styling is even more evident in profile where there is a high roof for the large passenger compartment. The coach doors will create a wide opening for making an opulent entry to any event.

Inside, spy shots show that the Cullinan appears to share elements with the Phantom. They seem to have the same cabin layout with a large infotainment screen dominating the center stack. Buyers would be able to choose from a practically infinite variety of choices for the upholstery and trim.

Gallery: Rolls-Royce Cullinan spy photos inside and out

The Cullinan will have the same underpinnings as the Phantom, and it'll use the sedan's biturbo 6.75-liter V12. The SUV will have all-wheel drive but likely won't be capable of hardcore off-road duty. This model will be more for cruising in sumptuous style rather than rock crawling or bashing over the dunes.

Rolls doesn't yet have a date for the Cullinan's public premiere, but the current speculation puts the reveal in the late summer. However, the company reportedly plans to show the SUV behind closed doors to gather orders from its wealthy clients. Once it hits the road, the luxury model would compete against the Range Rover SVAutobiography and the Bentley Bentayga. 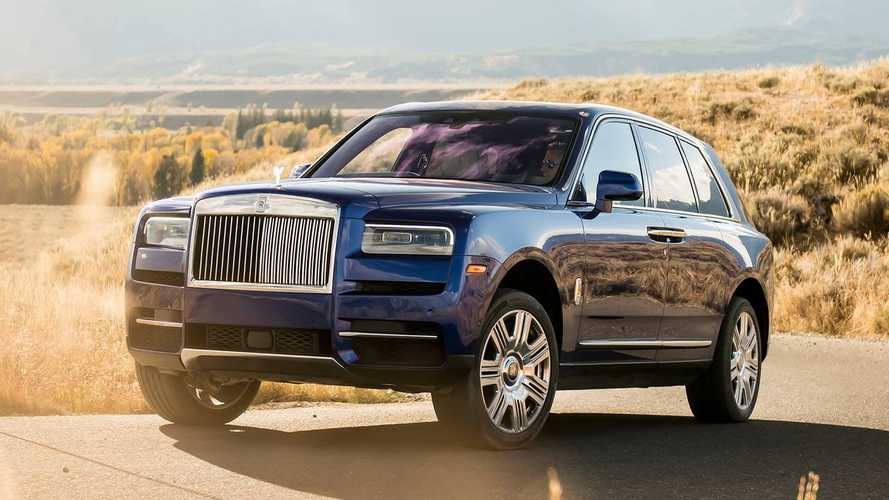