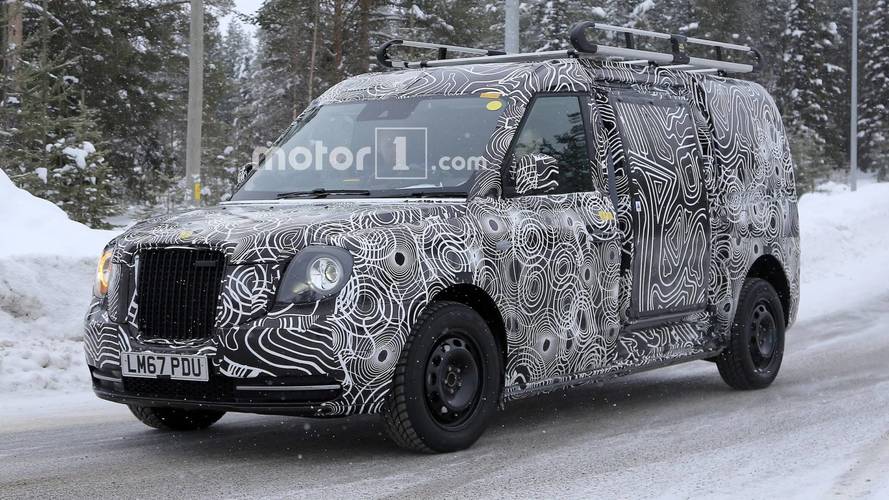 It's not something you see every day.

Tired of seeing BMW, Mercedes-Benz, and Audi testing new vehicles? If so, we are happy to bring you a set of spy photos, depicting a rather unusual prototype. This time our spy photographers have caught a mule of a new hybrid commercial vehicle.

The car you see here will morph into a production model for the business and will be produced by the Coventry-based (United Kingdom) London EV Company, or LEVC, an automaker owned by China’s Geely and building the revived London Taxi. The two vehicles will share the same platform and will use the same hybrid powertrain, derived from Volvo’s T8 Twin Engine system.

Looking at the trial vehicle, it will have the same dimensions as the green taxi, but will offer room for a driver and a passenger, plus a big cargo area. To put this into context, it will be roughly the same size as the Renault Kangoo.

LEVC has already announced the new delivery vehicle will be produced at the same plant where the London Taxi is assembled. It’s located in Coventry and represents an investment of about $400 million. The dedicated, range extended electric light commercial van (LCV) is currently being developed at the company’s new R&D center in Antsy, about 5 miles (8 kilometers) northeast of Coventry.

LEVC says the “highly flexible, commercially competitive electric vehicle will help fleet owners lower their running costs, improve air quality and support cities in tackling the pollution crisis in urban areas.” In fact, it’s not a pure EV, but we expect it to have a range of about 70 miles (112 km) on electric energy, before the gasoline range extender kicks in.

Geely is investing another $42 million in the new project, which is a relatively low price for such a product. That’s possible mainly due to the flexible architecture of the London Taxi, which can easily be transformed into an LCV.