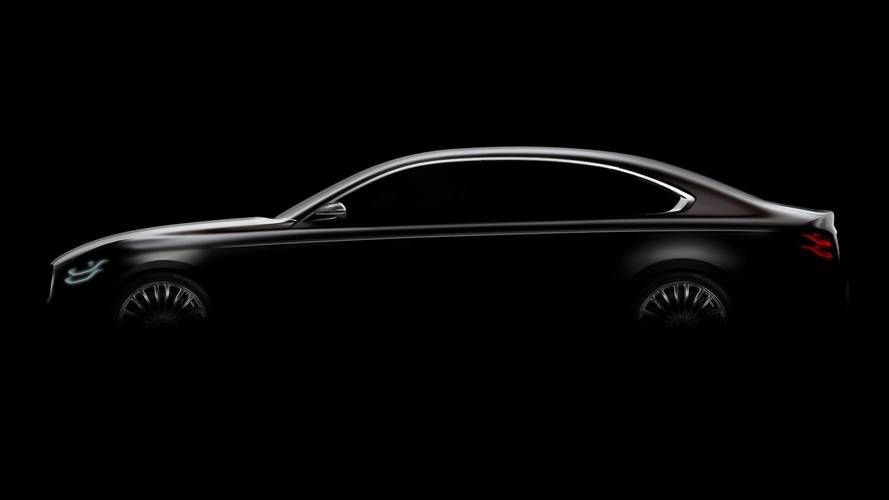 The second generation of Kia's flagship model will premiere later this year.

[UPDATE] Kia has published a teaser video (below) with its new flagship, announcing a full debut is slated to take place in April.

Kia’s new model onslaught isn’t quite over yet as after introducing recent products such as the next-generation Forte and Ceed, the South Korean marque is now getting ready to make some changes at the top of the food chain. Today, we are able to take a first look at the revamped K900 courtesy of a shadowy teaser image partially revealing the fullsize sedan’s elegant side profile.

We’ve seen the car in plenty of spy shots, so when Kia will dial up the brightness of this photo, it’s unlikely we will be surprised by anything. Nevertheless, we are anxious to see the second-generation K900 since it will be going through some massive changes inside and out in an attempt to boost customer demand compared to its slow-selling predecessor.

While for the time being we only have this teaser photo to go by, the cabin is not much of a surprise taking into account a prototype was spotted on the inside back in July 2017. With sister brand Hyundai stepping up its luxury game with the Genesis brand, the K900 / Quoris / K9 will likely go down the same road by become a more upscale product to better tackle the big German trio (A8, 7 Series, S-Class) and the Lexus LS.

Unlike the current rear-wheel-drive-only K900, the new generation could be offered with AWD and we’re also expecting some changes as far as the engine lineup is concerned. As a reminder, the current car can be had with a 3.8-liter V6 rated at 311 horsepower or with a bigger 5.0-liter V8 developing 420 hp. We certainly wouldn’t mind seeing the biturbo 3.3-liter V6 being borrowed from the Stinger where it pumps out 365 hp, but that’s yet to be confirmed.

Kia says we’ll get to see its new range topper later this year, with a best-case scenario being the 2018 New York Auto Show programmed for the end of next month. That would make sense considering Kia says it will have the new K900 on sale in the second quarter of this year in some global markets.

Kia Motors has previewed its flagship luxury sedan, the K900, ahead of its world debut later in the year.
The new model combines sophisticated exterior design, effortless performance and a spacious cabin distinguished by luxurious materials and elegant styling. New technologies protect occupants, enhance interior comfort and give the driver greater confidence at the wheel.
Created through joint efforts by Kia’s designers in Korea and in the U.S., the new K900 will be manufactured at the company’s production facility in Korea. The new flagship sedan will go on sale in selected global markets from the second quarter of 2018.