This Is The Subtly Revised Mercedes-AMG C43 Sedan 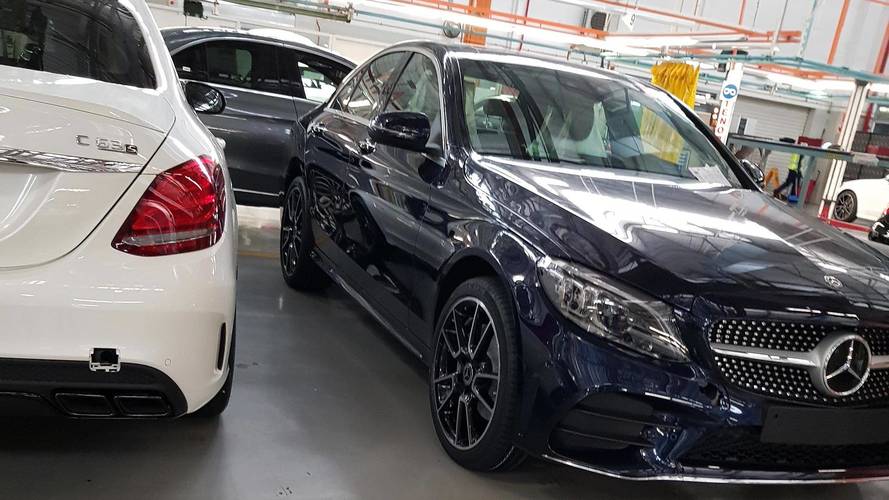 Mercedes-Benz intends to unveil the refreshed C-Class at the Geneva Motor Show in March. The company already has official photos and details about the revised models, but several new pictures from the automaker's factory in East London, South Africa, on Zero2Turbo provide another look at the updated C43 before the official premiere.

At least on the outside, the company keeps the changes very slight to the point that it can be very hard to see the tweaks. The refreshed C43 in these photos features an updated lower fascia with horizontal strakes in the corner inlets. Revised headlights feature a tweaked array of LEDs inside of them. At the back, the performance model has a more prominent diffuser and four circular outlets instead of the current trapezoidal pipes.

According to Zero2Turbo, the white car in these photos is a basic C180 trim. The model has similar changes to the front fascia and headlights as its more powerful sibling.

Inside, the biggest update is the optional 12.3-inch digital instrument cluster, but analog units remain a standard feature. The infotainment system is available with a 10.25-inch screen in addition to the standard 7-inch unit, too. There's also an updated steering wheel with buttons that respond to swipes for controlling the displays. The driver assists also receive an upgrade with better cameras and radar sensors for detecting the road farther ahead.

In the United States, the base engine will be an updated 2.0-liter turbocharged four-cylinder with 255 horsepower and 273 pound-feet of torque. It routes through a nine-speed automatic. Mercedes doesn't yet have anything to say about changes for the other powertrains, but power tweaks seem likely throughout the lineup.

After premiering in Geneva, the refreshed C-Class will arrive in the U.S. in late 2018. More variants, like the convertible, will arrive eventually.