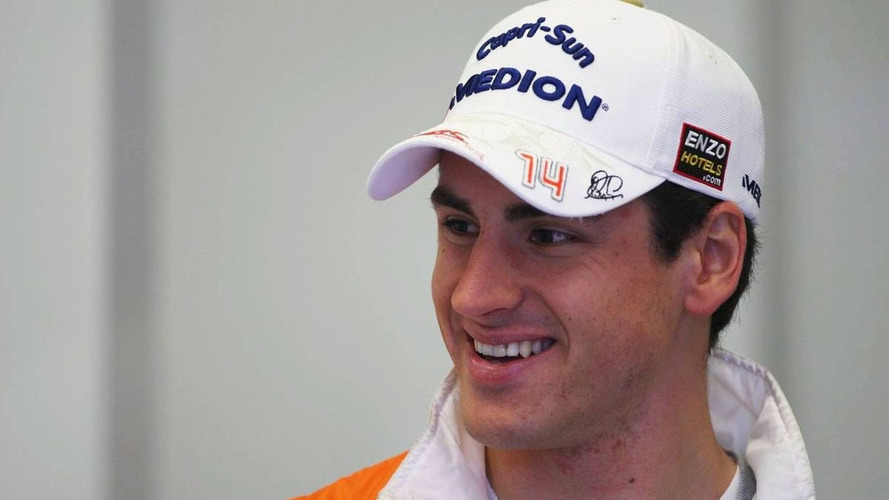 The 27-year-old has been with the Silverstone based team throughout his formula one career, beginning as a test driver with Midland in 2006.

According to Adrian Sutil, Force India is unlikely to ever be in the running for a world championship.

The 27-year-old has been with the Silverstone based team throughout his formula one career, beginning as a test driver with Midland in 2006.

He moved up to the race seat when the team became Spyker in 2007; a period the German describes as "a big mess" in an interview with Autosport.

Even 2008 was difficult for the team, after once again being taken over and rebranded, this time by the Indian billionaire Vijay Mallya.

"It took a while until I realised that this team has a future," admitted Sutil.

"My plan was to stay another year, maybe two, but then find a drive somewhere else."

But despite being linked with a move to Renault for the 2011 season, Sutil says Force India is now on the right track.

"When Vijay Mallya took over the team, I suddenly had a much better feel. Since then I am absolutely happy here and I believe in the team," he said.

However, he thinks the team - sixth in the constructors' championship at present behind Renault, Mercedes, Ferrari, McLaren and Red Bull - might have reached the peak of its potential.

"I would not say that we can become a winning team," admitted Sutil.

"People should be a bit careful, because in my opinion it is not possible to keep up with the top teams.

"Top five, top six, that's where we find ourselves, in the midfield. We will try to rise up, but that could be difficult.

"I honestly do not see that we will fight in the coming years for the world titles. That is unrealistic," he added.