Toyota Supra Spied Without The Extra Layers Of Disguise 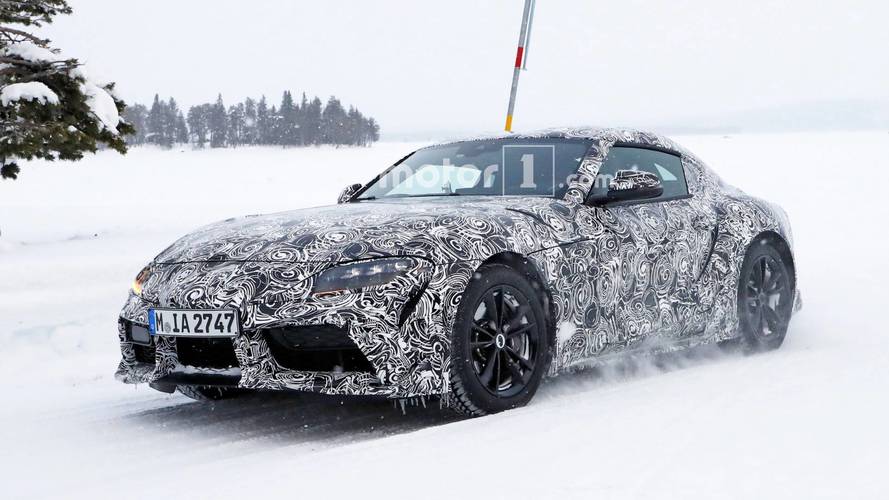 Just look at that double-bubble roof!

The Geneva Motor Show is just around the corner and we are excitedly waiting to see whether Toyota will bring the new Supra to the Swiss show. Latest rumors indicate we will only see the GTE-spec Supra race car there, but it will at least give us a glimpse at what the future production variant will look like.

But until the event begins, we have another batch of fresh spy photos with a prototype of the Supra. We’ve seen the Japanese company testing its latest sports car countless times, but this new portion of photos provides the best look so far at the sexy coupe.

Finally gone are the fake body panels and we are able to see the final production lines of the car. Also clearly visible are the large air intakes in the front bumper and the shape of the headlights. The tin camouflage foil on this trial car is not able to hide the additional air intakes in the rear fenders, probably providing cold air for the brakes.

Despite the huge amounts of snow on the rear bumper, we can also see the shape of the rear diffuser better than ever. The prototype also wears its production taillights with a sleek design and LED technology.

Debates about what will power the production 2018 Supra continue and the latest reports indicate we will see a 3.0-liter turbocharged gasoline motor under the hood. According to a leaked specs sheet, it will deliver 335 horsepower (250 kilowatts) and 332 pound-feet (450 Newton-meters), which will be channeled to the wheels through an eight-speed automatic gearbox.