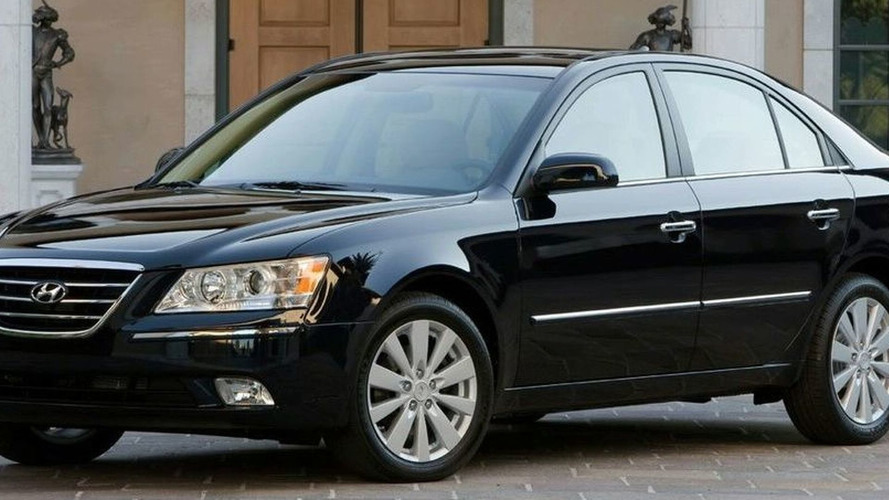 To complement its new Genesis luxury sedan, Hyundai has made a round of refinements to its bread-and-butter Sonata midsize four-door as well.  The updated 2009 Sonata goes on sale this February and is set to debut at the Chicago Auto Show this week.

The comprehensive refreshment of the Sonata starts with the exterior, where a new face, chrome grille and concave hood bear a stronger resemblance to the Genesis.  New color and wheel choices are also offered.  In the passenger cabin, USB/iPod inputs for the sound system are standard, and dual-zone climate control, two-stage heated seats and a navigation system is available.  The look has also been revamped with a wood and satin aluminum-accented center stack that's styled like that of Hyundai's well-received Veracruz SUV.

Engine refinements for the '09 Sonata include a new 2.4 liter four-cylinder that delivers 175 horsepower and 22/32 fuel economy with a standard five-speed manual transmission.  Horsepower in the DOHC 24-valve 3.3 liter V6 has been improved to 249 thanks in part to a variable intake system.  The Sonata's rear suspension has been upgraded as well, to reduce rear-end wobble.  Electronic stability control and anti-lock brakes remain standard equipment.  Although the Sonata hasn't attracted many enthusiasts in the past, Hyundai is also offering the Sonata SE, with a stiffer, sport-tuned suspension, 27mm front and 17mm rear stabilizer bars and unique 17-inch wheels.