Geneva-Bound Toyota Supra Might Not Be Road-Going Production Car 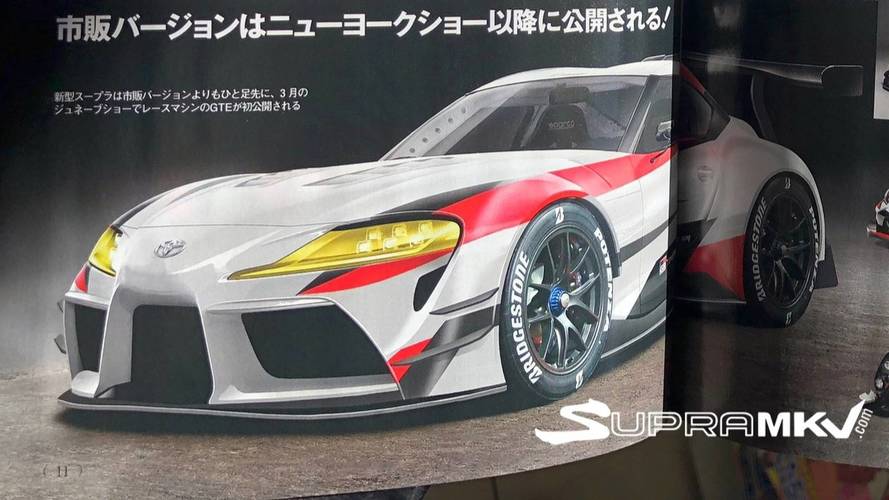 Instead, we'll get to see the GTE-spec race car.

Japan’s Best Car magazine spilled the beans earlier this week about the much-hyped revival of the Toyota Supra. While the jury is still out about whether those were actual official images or speculative renders, new intel suggests the Geneva Motor Show scheduled for next month won’t actually be the venue where the road-going production model will be unveiled. Motor Trend managed to decipher the article in the magazine and learned that we will only get to see a GTE-spec Supra race car at the Swiss show.

On the flip side, we won’t have to wait much longer to see the dealership-bound Supra as the same article indicates Toyota will take the wraps off the street-legal model at the New York Auto Show. That means we will get to check out the Supra reboot towards the end of March, so it’s not all bad news. We’ve been able to patiently wait for so many years; what’s another month or so?

Also later this year, BMW will resurrect the Z4 discontinued last year as an alter ego of the Supra with an electrically retractable soft top instead of Toyota’s fixed metal roof. Despite sharing the same platform as well as some of the other bits and pieces, the two companies have promised there will be some major differences between the Supra and Z4, beyond the obvious body style and styling.

Even though the adjacent renders might not depict the actual Supra in its road and race car flavors, chances are the real ones will be very similar taking into account we’ve seen a plethora of spy shots with the fifth-gen model and Toyota also had the FT-1 concept some years ago. The track-only version will boast a massive rear wing, center lock wheels, carbon fiber front canards, and what seems to be a stripped-out interior cabin. Both are expected to feature Gazoo Racing branding.

As a refresher, the 88th Geneva Motor Show will kick off March 6 with the first press day, so not too long now.