Supercharged Lotus Evora S spied out in the open 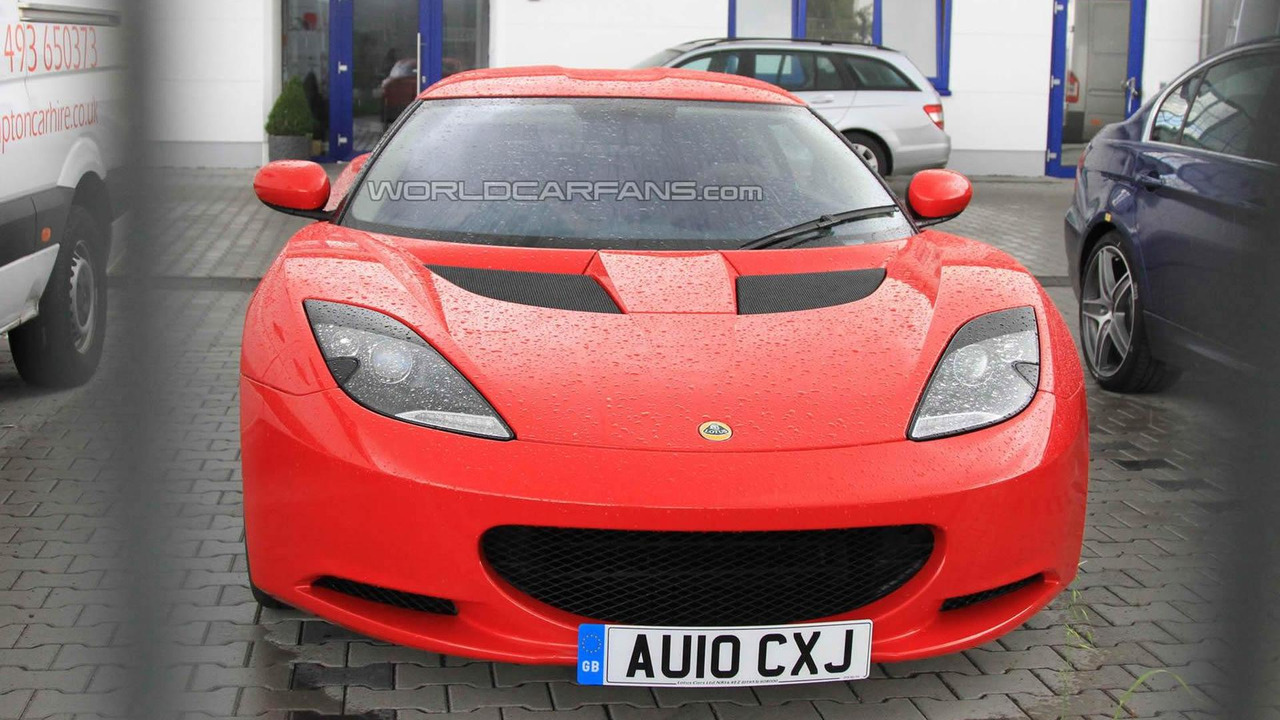 Check out the best pics yet of the supercharged Lotus Evora S, and find out a few details, inside.

Spies hanging around the paddocks at the Nurburgring managed to get some fantastic shots of the Lotus Evora S.  The car will undertake a full load of testing in the coming weeks as it prepares for a debut in Paris on Sept. 30.

As we told you earlier in the week, the supercharged 2+2 will be shown off alongside an automatic version of the Evora with a dual-clutch gearbox.  The two cars were "unintentionally" confirmed to automotive media in an e-mail from Lotus PR head Alastair Florance.

"[Both the] Evora S and Evora Auto will be on the stand in Paris alongside the new car(s) not yet announced (let's maintain the mystery for now!)," said Florance.  No word yet what "the mystery" could be, or if it is a bluff altogether, but our hunch is that it is the 2012 Lotus Esprit.

The Lotus Evora S was photographed wearing a massive rear diffuser, and what appears to be high performance tires on lightweight wheels.  The car's supercharger will add an unknown increase in performance to the 3.5-liter V6 engine that kicks out 276 horsepower (206 kW, 280 PS).

Gallery: Supercharged Lotus Evora S spied out in the open