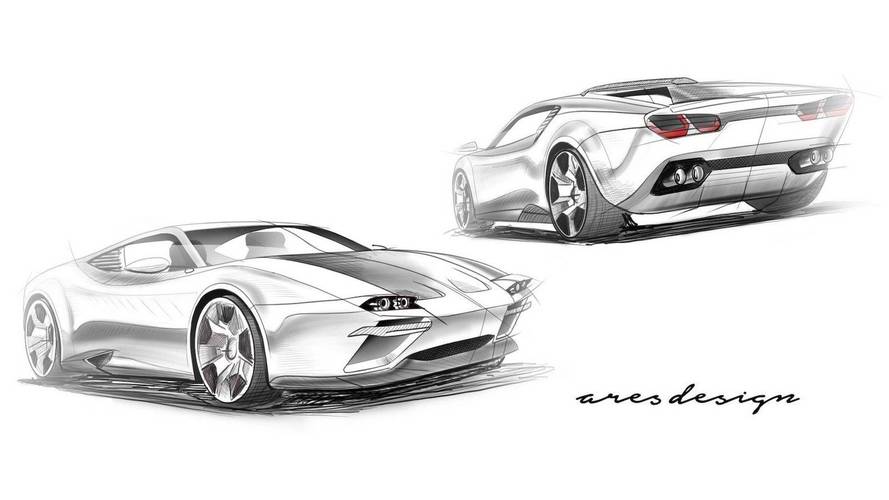 Pantera-inspired Lamborghini is a coachbuilt masterclass.

Ares Design is a Modenese coachbuilding business making waves in the world headquarters of coachbuilding. Established in 2014 by Dany Bahar, ex-Lotus CEO, it’s best described as a Saville Row shop for car fans. Customers can enter this rarefied world and request a small alteration, such as a new wheel design or vegan leather interior. Or, with significantly more cash, they can meet their personal tailor and have an entire suit made exactly the way they want. Project Panther is the first such suit to be revealed under the firm’s Bespoke Creations service.

Ares Panther Spyder To Be Revealed Later This Year

Project Panther is the vision of one well heeled, car-mad (and anonymous) customer who wanted to create a modern interpretation of the De Tomaso Pantera. Indeed, it was an original Pantera that gave the customer his/her muse. "Reviving products from the dead, reimagining the old style of design while combining with state of the art technology is something that pleases a lot of people at the moment," confirms Bahar.

Ares Design started Project Panther in 2017 by sourcing a donor vehicle with a similar mechanical set-up and footprint. The Lamborghini Huracan, a mid-engined supercar manufactured down the road in Sant’Agata, was subsequently chosen and scanned. Sketches were presented to the customer and 3D models printed to ensure Project Panther could satisfy the brief and retain the original car’s stance and proportions, right down to the flat rear deck and pop-up headlamps.

All Ares Design vehicles are prototyped, wind tunnel tested and conform to German TÜV standards, although what Bahar refers to as the hard points - the core chassis, mechanical set-up, electrical architecture - are left well alone to avoid any costly homologation processes. As such, the car remains registered as a Lamborghini.

The new car may be significantly wider than the original, but it’s just 10 centimeters (4 inches) longer; 4 cm (1.6 in) at the front and 6 cm (2.4 in) longer at the rear. And despite moving the A-pillar backwards by 10 cm (4 in) to achieve a more accurate side profile, it still maintains the Huracan’s original fixing point. Bahar explains further, “We don’t try to copy others; we don’t pretend to have better capabilities or competencies than much bigger companies. If we do something, we want to do something that nobody has ever done.”

Inside holds a similar philosophy with Project Panther retaining all major fixings, although a large proportion of the components have been remodeled and re-trimmed to create a calmer, less alpha male environment. A roll-cage has also been installed to boost torsional rigidity by 10 percent, and the bespoke carbon fiber body is said to have shaved 100 kilograms (220 pounds) from the donor car’s kerb weight.

"We wanted to recreate the Pantera with the same amount of feeling as the original but with none of the problems. The customer doesn't have to think about anything, he just gets in and drives," adds design chief Mihai Panaitescu. Yet Ares Design doesn’t stop at aesthetics. The naturally aspirated 5.2-liter V10 now develops 648 horsepower, hits 0-62 mph (0-100 kph) in under 3.5 seconds and claims a top speed in excess of 200 mph (322 kph).

The original Panther, or Pantera in Spanish, was the work of Argentinian Alejandro de Tomaso. The company that wore his name also manufactured supercars in Modena and the Pantera was presented to the world in 1970. Designed by Italian firm Ghia, it was powered by a Ford Mustang-derived 351 Cleveland engine; a 5.8-liter V8 unit mated to a gated ZF transaxle five-speed transmission, which basically made it a junior Ford GT40 for a fraction of the price. Not only could it accelerate from 0-62 mph in 5.5 secs, it boasted a roster of celebrity owners including Elvis Presley. Unfortunately, the car was riddled with reliability issues and launched in the middle of the OPEC oil crisis, which created soaring petrol prices. Production ceased in 1974 after 6,500 units were produced.

Not really. This is car couture of the highest order. It may not be the most mechanically complex of challenges, but emotionally, it’s perhaps the most intricate. Every curve, every crease, every vent reflects the passion of the atelier who gave it life. Forget the financial reward Ares Design may achieve here; you simply couldn’t make something like this if you didn’t care about it.

Ares Design expects the car to be complete by the end of 2018, but here’s the interesting bit. With the original owner’s permission and a suitable price adjustment, there is now potential for this intended one-off creation to expand into a hyper-limited run of between five and fifteen vehicles. Sure, you’ll need to throw a significant amount of cash into the ring, but that sounds like pretty astonishing value for a car with this much soul and which could become the cornerstone for a whole new coachbuilding empire. No matter where Ares Design goes next, Project Panther will always be the first, el primero.