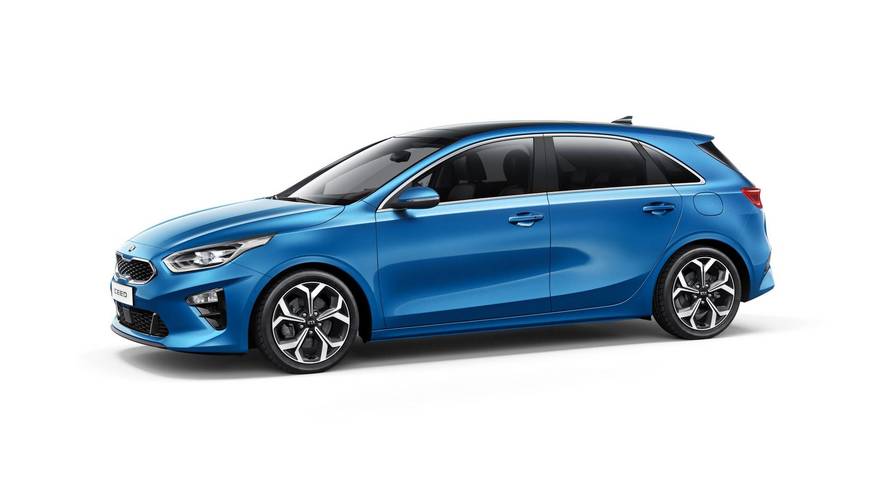 A 48-volt electric system will be used.

Thanks to its new platform, the third generation Kia Ceed (don't call it cee’d anymore!) will receive at least two electrified versions in the foreseeable future. This information was not officially announced during the premiere of the car yesterday, but in an interview to Automotive News the South Korean brand’s chief operating officer for Europe, Michael Cole, has confirmed hybrid and plug-in hybrid variants are in the works.

The first to arrive will be a mild-hybrid with a 48-volt system, which will be launched on the market sometime next year. We assume a compact starter-generator will be mounted on the vehicle’s new 1.4-liter turbo gasoline engine to improve its efficiency and slightly boost its peak output of 140 horsepower (104 kilowatts).

Cole has also hinted a more sophisticated plug-in hybrid version is also in the cards, but no more details are available at the moment. Unfortunately, the new Ceed won’t get a purely electric model in its third generation.

Eventually, the new Ceed’s range will grow to include something for everyone. The bread and butter is, of course, the five-door hatchback, which will be joined by a traditional station wagon – still a very popular body style in Europe. Interestingly, customers looking for a more avant-garde design will be able to buy a stylish shooting brake Ceed, based on last year’s Proceed concept.

You are probably not going to be surprised to hear a Ceed crossover is also in the agenda. It will be slightly smaller than the Sportage and will arrive by the decade’s end to compete against the Volkswagen T-Roc and the likes.

The last member of the Ceed family confirmed so far will be a hot hatch, probably wearing the Ceed GT moniker. Think of it as a 200-hp-or-so version, not quite as capable as the Hyundai i30 N, but still a very attractive and relatively affordable alternative to the low-end hot hatchbacks on the market.