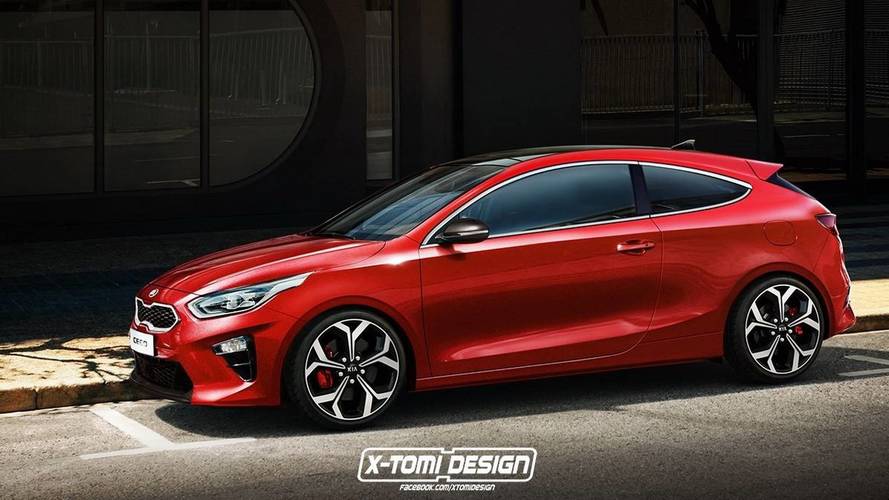 But this lovely coupe is not one of them.

Being the proud owner of a first-generation Kia pro cee’d for close to a decade now, I was really looking forward to seeing a new one designed by the ever so excellent Peter Schreyer. However, it’s not going to happen as the second-gen car wasn’t exactly a hit for the company, prompting Kia to pull the plug by not doing a third one. Even though there are no plans to come out with something along the lines of the gorgeous coupe rendered above, the Ceed (without the apostrophe) family will still grow to include a total of five models.

Revealed yesterday, the regular five-door hatchback and the bread and butter of the sales will be followed shortly by the wagon set to debut in just a couple of weeks at the 2018 Geneva Motor Show. It’s a known fact by now that a sleeker shooting brake is being planned as a road-going equivalent of last year’s superb Proceed concept, pictured below.

Now, Kia has disclosed the identity of the other members of the growing Ceed family scheduled to arrive in the years to come. To the surprise of no one, a crossover is being prepared and engineered in such a way so that it won’t clash with the Sportage by making it smaller. The new compact crossover is programmed to arrive towards the end of the decade to take on the Volkswagen T-Roc.

The identity of the fifth and final model has also been revealed by Kia’s vice president of marketing, Artur Martins. Launching before the crossover, the Ceed GT will be a hotter version of the hatchback and will serve as a follow-up to the outgoing 204-horsepower hot hatch. If you’re thinking it will be a Hyundai i30 N with a Kia badge, it’s not actually going to be the case as Martins revealed the performance-oriented Ceed won’t be as hardcore as the 275-hp i30.

Now, if only Kia would do a GT version of the shooting brake. That would be really interesting to see.