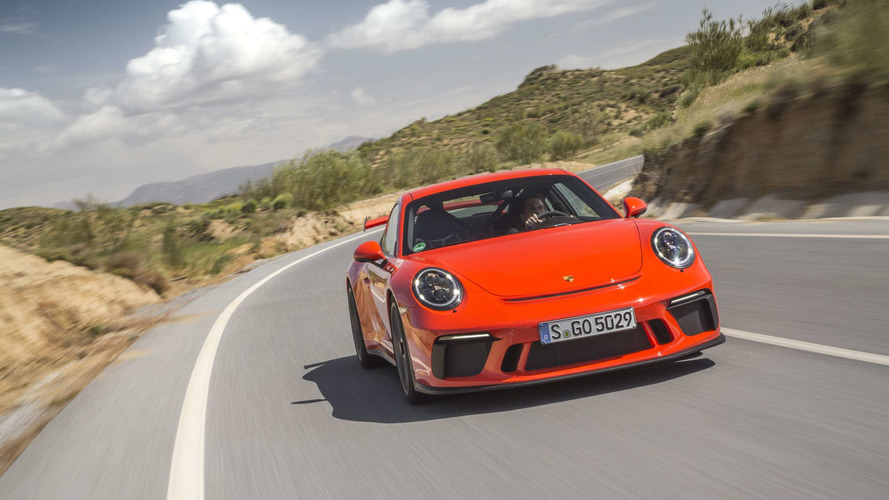 The company isn't committed to full turbocharging just yet.

Porsche is sticking to its roots – that is, for as long as the market allows it. While reports of the new 911 GT3 losing a manual and gaining a turbocharged engine have been circulating, the company is assuring its buyers that it is still committed to rear-mounted, naturally aspirated engines, and manual gearboxes for as long as possible.

When asked if Porsche could opt to mount the engine closer to the center of the car as opposed to its traditional layout, where the center of gravity is located behind the rear axle, Walliser said that that engine is currently "in the right place… it’s in the back." Don’t expect him to be a fan of ditching the manual, either. "I know it more precise - it’s a GT3 manual," he said.

The new 911 GT3, reports have suggested, will ditch its high-revving naturally aspired 4.0-liter flat-six engine in place of a more powerful turbocharged unit. Output is expected to grow 10 percent from the current 500 horsepower (368 kilowatts), putting it somewhere in the neighborhood of 550 hp (410 kW).

If Porsche did decide to use a turbocharged engine in the new GT3, the company would expectedly make use of more lightweight materials. Already we know that the new 911 GT3 will be quicker and more powerful than the outgoing model, but we’ll have to wait until the official reveal to know exactly what Porsche has planned.