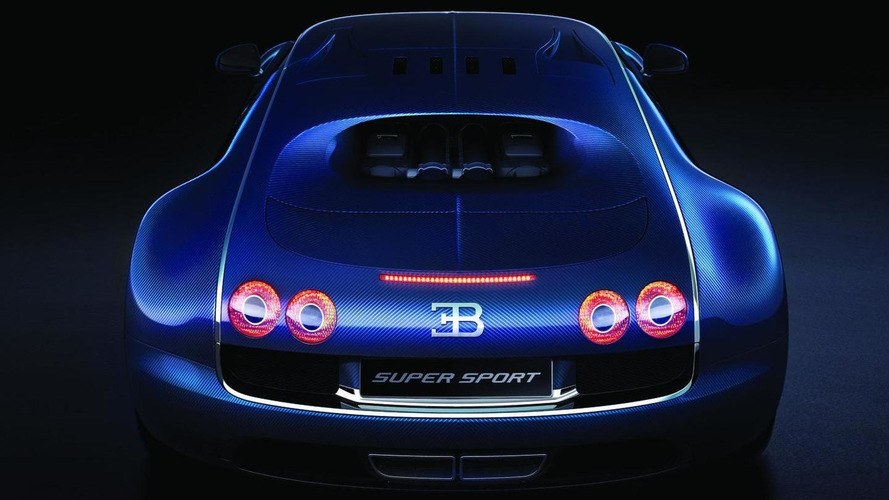 Get the latest update on the Bugatti Veyron SuperSport, and check it out in an impressive blue lacquered carbon fiber finish. The story inside.

Bugatti showed their stuff to the public at the Concours d'Elegance, when they brought out the Bugatti Veyron Super Sport.  The new world's fastest car was seen wearing blue colored carbon fiber body panels during the weekend event when it also served as the pace car for the Bugatti Rally at the Laguna Seca Raceway.

Though the car is capable of reaching 431.072 km/h (267.856 mph), its speed has been electronically limited to 415 km/h (258 mph).  Bugatti says the consumer vehicle will have identical specs, but the limitation was necessary to protect the car's tires.  Its engine is tuned to deliver 1,200 hp (882 kW), a 20 percent gain over the already massive Veyron 16.4, and up to 1,500 Nm (1106 lb-ft) of torque.  The extra power comes from bigger turbochargers and intercoolers, which meant the chassis needed to be adjusted to cope with the added power and speed.

It features better stabilisers, new shock absorbers, and "raised main-spring travel."  Meanwhile, the car's aerodynamics are more efficient, while the carbon monocoque benefits from a new carbon fiber structure that lightens the weight while improving rigidity.  A clear lacquered carbon body is available when requested.

Production of the Bugatti Veyron Super Sport will begin this fall.  The first five cars out of assembly will be sold as part of a limited series called the "World Record Edition."  Each of these will be in black exposed carbon with an orange finish.  This first series has already sold out.