BMW X4 M Will Probably Look A Lot Like This 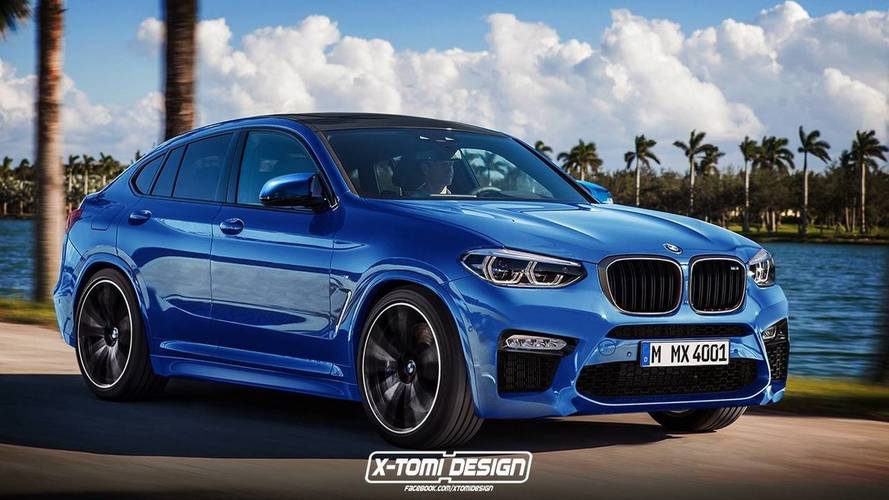 Hopefully we'll see the real thing before the end of the year.

With an updated exterior and a tech-heavy cabin, the BMW X4 is all new for 2018. The larger, lovelier-looking SUV stretches out by three inches over its predecessor, and adds an extra inch of legroom to the interior. Even though the base model won’t be on sale until July, rendering artists have already gone to work on bringing a hardcore M model to life.

Artist X-Tomi Design has imagined the more hardcore X4. Apart from many of the obvious cues that carry over from the base model – the dual kidney grille and the sloped roofline, for example - the X4 M rendering gains a few new cues that make it unique.

The grille inserts are now finished in black instead of chrome. The lower air vent on the grille is now larger and more defined, and comes accented by two smaller vents at each corner, each with embedded LED running lights. The entire body is lower to the ground and more aggressive, and the roof is finished in a black carbon fiber treatment.

If we had to hazard a guess as to how much horsepower it might have, we look to the rest of the BMW lineup for inspiration. The hardcore X4 will share an updated version of the 3.0-liter S55 six-cylinder engine found on cars like the M3 sedan and M4 coupe. In this application, it should be good for somewhere in the neighborhood of 470 to 475 horsepower (350 to 354 kilowatts). Already the more aggressive X4 has been spotted testing, wielding features like quad exhaust tips and unique body panelling.

The most powerful X4 currently available uses a 3.0-liter turbocharged inline-six that delivers 355 hp (265 kW) and 365 pound-feet (495 Newton-meters) of torque. All that performance comes paired to an eight-speed automatic and all-wheel drive, giving the crossover the ability to sprint to 60 miles per hour (96 kilometers per hour) in just 4.6 seconds. That model starts at $60,450.

The new BMW X4 will go on sale in July. We hope to see the more-powerful M model before the end of the year.