Rosberg as good as Vettel, Sutil a surprise - Berger 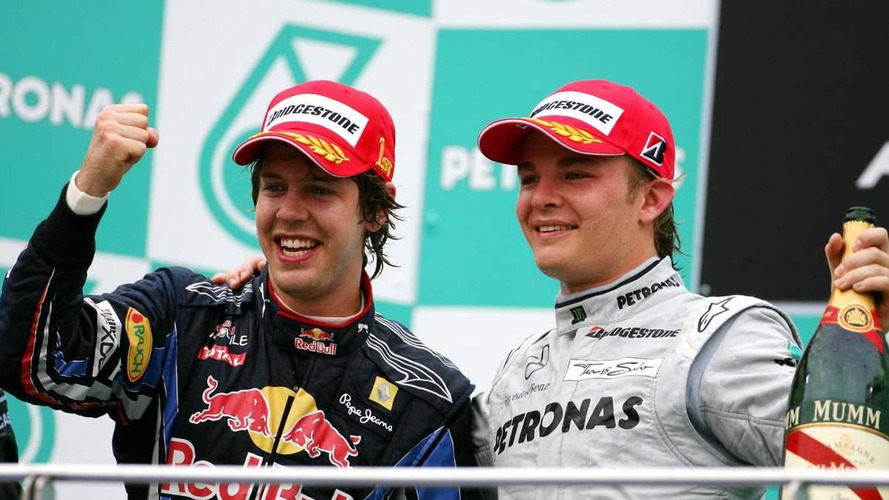 Nico Rosberg is as good as Sebastian Vettel, but Adrian Sutil has been a real surprise of the season.

Nico Rosberg is as good as Sebastian Vettel, but Adrian Sutil has been a real surprise of the season.

Those are the opinions of Gerhard Berger, given during an interview with Germany's Auto Motor und Sport.

The Austrian and ten-time grand prix winner, 50, acknowledged the highly rated skills of Vettel, with whom he worked as a rookie at Toro Rosso in 2008.

"He is incredibly mature," said Berger. "It is true he is still making mistakes, but I put that in the category of lacking experience.

"His biggest problem is that he probably underestimated Mark Webber."

Berger's most flattering comments are reserved for Rosberg, who has surprised many observers this year by looking more competitive than his illustrious Mercedes teammate Michael Schumacher.

"For me, Nico is on par with Vettel. He just needs the right car now to begin winning.

"He has shown this year that he makes very few mistakes, that his setup is usually right, and that he is mostly ahead of Michael Schumacher.

"If Rosberg and Vettel were sitting in identical cars, I would not know who to put my money on," said the former McLaren and Ferrari driver.

Berger is also impressed with Sutil, who has driven for F1's Silverstone based team - as Spyker and now Force India - since 2007.

"Last year I was laughing at him," the veteran admitted.

"I would never have believed he has this much potential. His speed is tremendous, and his mistakes have reduced dramatically.

"For me, with Rosberg, he is the surprise of the season," said Berger.

Less impressive, according to Berger, is Nico Hulkenberg, but he is willing to give the Williams rookie some more time to prove himself.

"He is in a learning phase," said the Austrian. "He makes many more mistakes than Vettel and Rosberg did when they began, but Sutil was the same.

"I think Hulkenberg's mistakes are normal for a first year. If everything goes right, he is almost at the level of Barrichello -- and that's a compliment.

"Barrichello is certainly the best man of the second league, and with his vast experience he doesn't make mistakes," added Berger.

Gallery: Rosberg as good as Vettel, Sutil a surprise - Berger