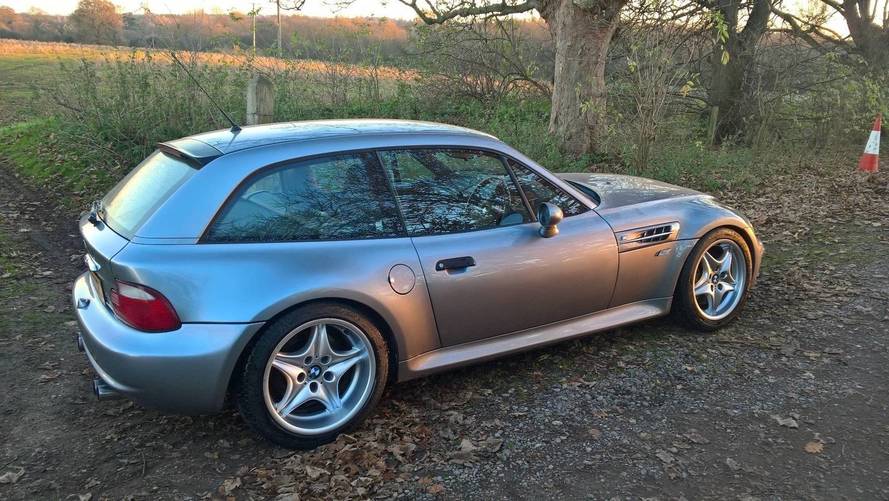 Is it worth the price?

The world is patiently waiting for the premiere of the new BMW Z4, which is shaping up to be a remarkable return into the niche roadster segment for the Bavarian brand. But long before the new vehicle, the Z3 was BMW’s two-seat attraction in the mid-1990s.

In 1997, the model received a hot M version, which had the 3.2-liter straight-six engine of the M3 of the same era. It was a nice and fast car, but, you know, there’s always room for improvement. This is probably what a guy in the United Kingdom has thought when buying his Z3M Coupe a couple of years ago, as he's decided to put a monstrous M5-sourced 5.0-liter V8 under the hood.

This car is now for sale and is listed on eBay. It’s a really unique mashup, as it retains the original body of the Z3M Coupe, but features 400 horsepower (298 kilowatts) and a number of performance improvements. The V8 engine is mated to a six-speed manual gearbox (the standard Z3M Coupe has a five-speed ‘box) and the coupe has also gained adjustable coil overs, AP pro-series brakes on both axles, custom engine and gearbox mounts, and almost new Michelin tires on all four corners.

The seller says the car has never been used on track, “just used as an obscenely fast road car,” getting a lot of attention wherever it goes. Inspired by the Hartge V8 Coupe one-off, it’s been modified by a professional race team mechanics and has only 41,000 miles on the clock with full service and inspection history. Pictures show the leather interior is in very good condition.