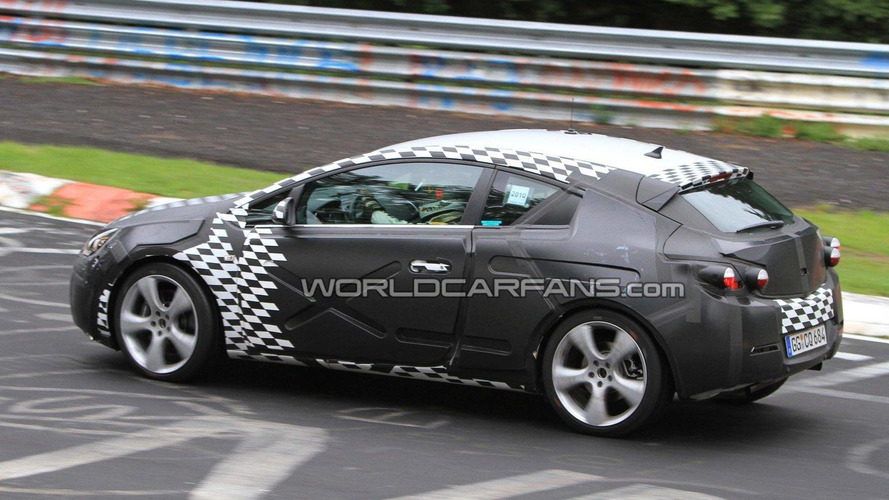 Check out the latest set of photos featuring the Opel Astra OPC / Vauxhall Astra VXR, inside.

The Astra OPC could get 27 percent more power courtesy of a 296 bhp (224 kW, 300 PS) turbocharged 2.0-liter four-cylinder engine.  It looks to be wearing dark tinted lenses over the headlights, though much else is covered up.  Large Brembo brakes can be seen through the wheels, as well as cross-drilled discs.  A new exhaust was also spotted, with tailpipes on either side of the bumper.

The spies say Volker Strycek was behind the wheel of the test vehicle.  Strycek, 52, a former DTM race series champion, has lead the Opel Performance Center (get it, OPC) for several years.  He is also a professor at Technische Universität Berlin.