The sporty sedan will make its debut in Geneva.

The long wait is nearly over. In just a few weeks, we’ll be able to finally feast our eyes on the new Mercedes-AMG GT Coupe, which is actually the four-door version of the sports car with the same name. Scheduled for a debut at the Geneva Motor Show, Mercedes-Benz continues to tease the performance sedan, particularly in a new set of images that show it testing in a wind tunnel one last time.

Mercedes has sent us some shots showing the four-door AMG GT Coupe's active aero rear spoiler in action. There isn't much to tell, save for that Mercedes says the active aero contributes to the GT's performance. Obviously the added downforce will help the car stick to the road better at higher speeds, but it's pretty neat to see just how air responds around the motorized wing. 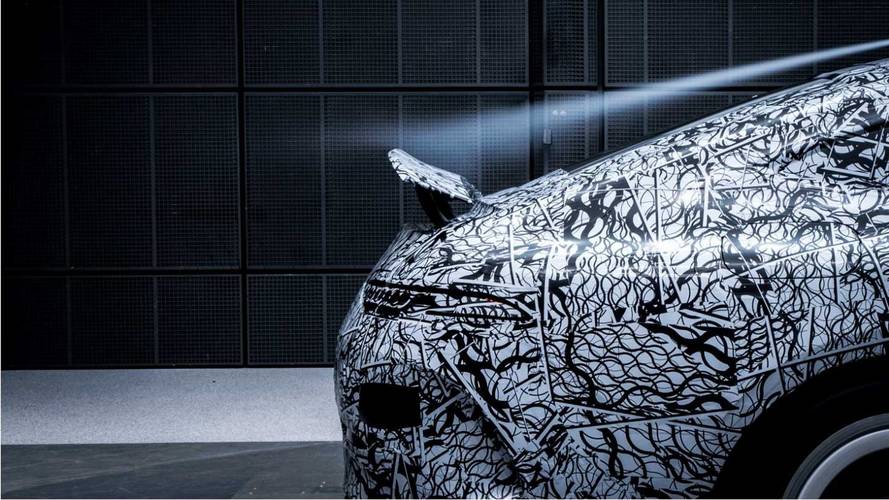 The car is still well camouflaged, of course, but the photos do give us a better idea of what to expect when the final product debuts in Geneva. Mercedes highlights the images by saying, "final tests will be carried out in the wind tunnel before the new member of the AMG GT family has its world premiere at the Geneva Motor Show." We can’t wait. 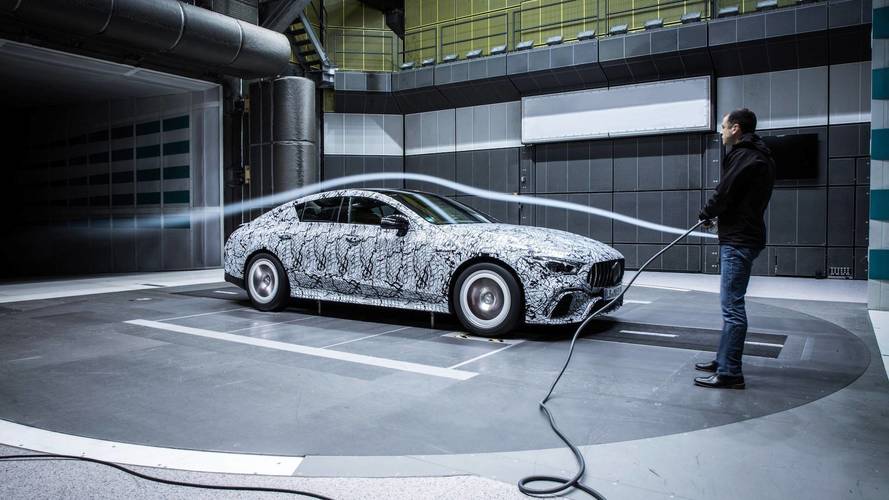 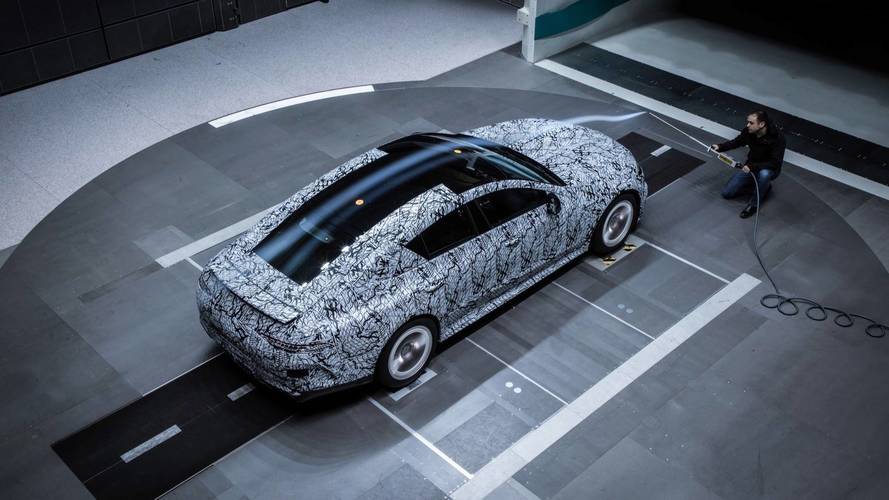 For what it’s worth, there’s a lot we already know about the upcoming new AMG. The sedan has been testing for several months now, and has been spied multiple times both on the road and on the track. The sporty four-door will essentially take the place of the outgoing CLS 63, and it will come with even more power.

Under the hood the AMG GT sedan will feature a 4.0-liter biturbo V8. The exact horsepower figure remains a mystery, but rumors suggest that a future plug-in hybrid variant could join the range later in life, pushing the output to over 800 horsepower (597 kilowatts). Don’t expect those kind of numbers in the pure gas model, though.

The four-door GT Coupe will debut at the Geneva Motor Show next month, with sales scheduled to officially kick off towards the end of the year. Judging by the new teasers pictured here, there should be a lot to look forward to when doors open to the auto show in just a few weeks.