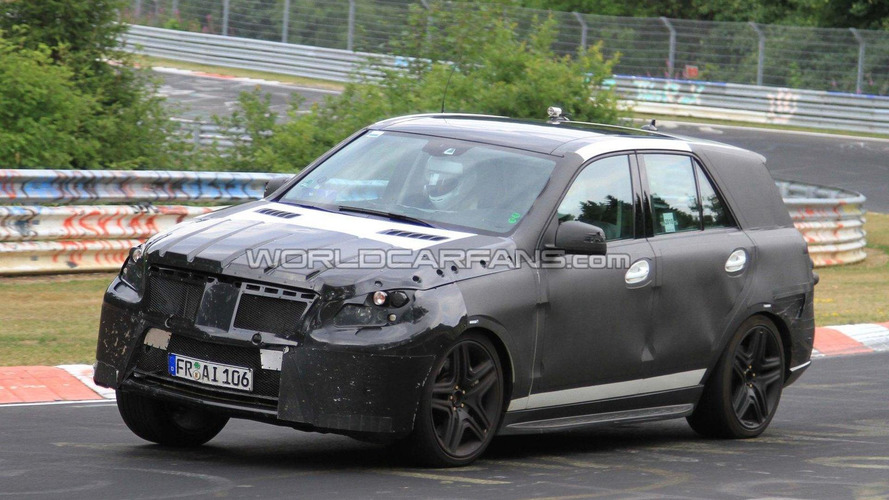 Find out a bit about the 2012 Mercedes-Benz ML 63 AMG, and check out new Ring photos, inside.

Spies in Germany caught several pics of the 2012 Mercedes-Benz ML 63 AMG.  The car was seen during testing on the Nurburgring, really hitting the curves hard on what the spy describes as a "soft suspension."

Larger brake calipers and discs can be seen behind the testing wheels.  The car is also fitted with a dual exhaust, with a tail pipe on either side of the vehicle, and vents on the hood.

The low-to-the-ground model should get its production debut in 2011 at the Frankfurt Motor Show.