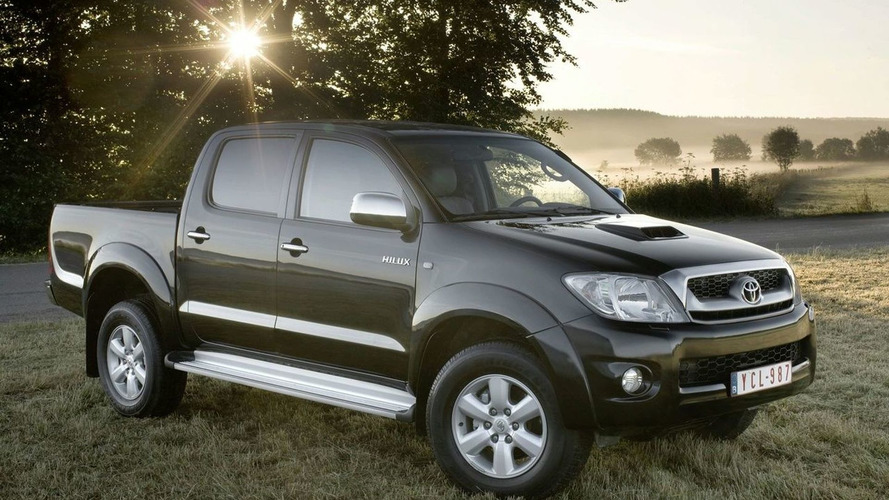 The rapid growth was also enough to tell Toyota that there isn't much wrong with the current Hilux, modifications for the updated model are subtly done.

The Toyota Hilux has seen rapid growth since it was launched in Europe in 2005, sales last year had reached 39000 units bringing its market share up to a massive 22%. Toyota aim to further cement their place at the top of the market with the new facelifted 2009 Hilux sales targets set at 47,000 units for 2009.

The rapid growth was also enough to tell Toyota that there isn't much wrong with the current Hilux, modifications for the updated model are subtly done. The front fascia receives a redesigned grille and bumper featuring larger and wider air vents designed to give the impression of a low centre of gravity. Toyota will also offer two new exterior colors for the Hilux: Island Blue and Graphite Grey, and to complete the additional options, new 15inch and 17inch wheels are availabel for the 3.0 D-4D Double Cab HL3 model and Double Cab Invincible model respectively.

The interior gets a redesigned steering wheel featuring a four-spoke design with integrated controls for the audio system and the controls for wipers and lights have also received sight modifications giving them a better ergonomic design. A new air conditioning system boasts new push button control, a digital display and a highly efficient filter that removes dust and pollen.

The 3.0 D-4D engine benefits from increased torque of 17Nm to 360Nm which is the result of a new five-speed automatic transmission that offers smoother performance and better efficiency than the previous four-speed version. The combined CO2 figure is now 236g/km whilst fuel consumption improves from 30.1mpg to 31.7mpg.