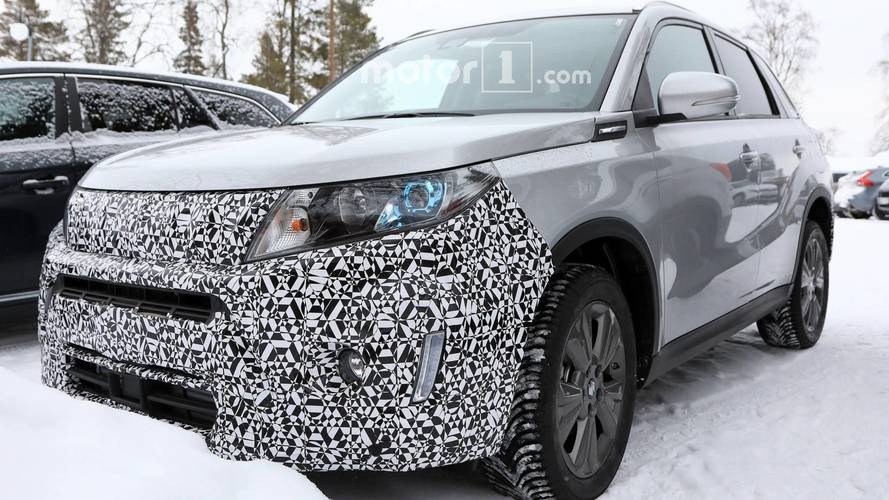 Exactly one year ago we saw a refreshed version of the Suzuki Vitara out testing for the first time, and now the model is back in two fresh batches of spy photos. They show a couple of trial vehicles out in the snow and we assume the facelifted SUV is in its final stages of development.

Given the upcoming Geneva Motor Show in early March, we won’t be surprised if the Japanese company brings the new Vitara to Switzerland for a public debut. Don’t expect a big overhaul over the car that’s on sale today, as these new spy photos reconfirm we will be dealing with mostly minor visual improvements.

At the front, the CUV continues to wear its small, circular fog lights and vertical LEDs, just like today’s model, but the overall design of the fascia might be tweaked to feature a mesh radiator grille, replacing the current design’s horizontal slats. Just below the grille, a larger sensor is visible, hinting at some improvements on the tech front.

The rear end is also covered with tin camouflage foil, but it’s probably hiding only some minor revisions to the bumper and the hatchback. The taillights are likely getting a fresh new design and LED technology.

As far as the engine lineup is concerned, don’t look for any significant changes other than slightly reduced levels of CO2 emissions and probably a bit lower fuel consumption across the range. Currently available for the model in Europe are gasoline and diesel four-cylinder engines with displacement of 1.6 liters. Also offered in the S trim is a 1.4-liter turbo gas motor. Depending on the engine choice, customers can get a standard front-wheel drive or an optional AWD system.

This could very well be the last time we see Vitara prototypes testing before the vehicle’s official debut, so stay tuned. 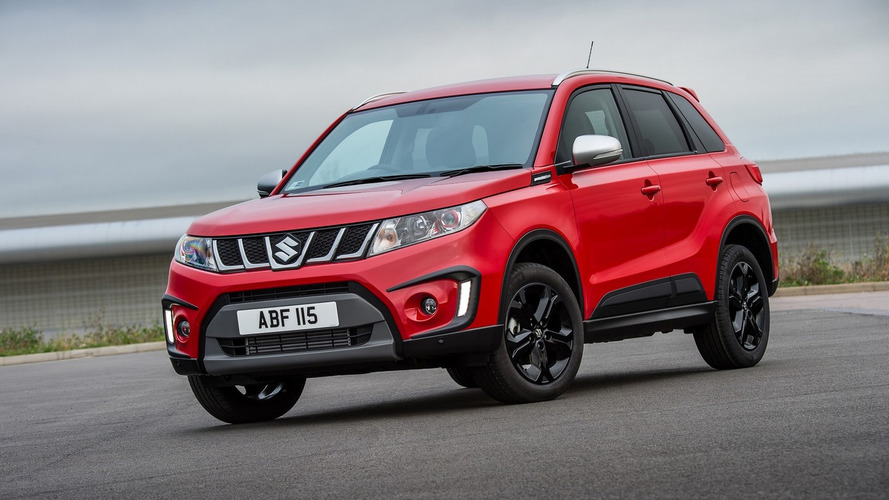