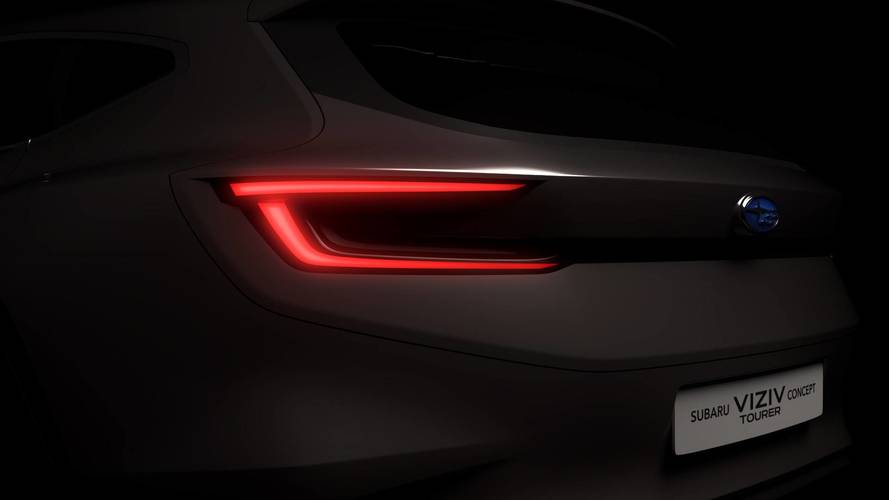 It's going to be unveiled on March 6 at the Geneva Motor Show.

Subaru has been coming out with Viziv concept since back in 2013 and so far we have seen everything from crossovers and performance cars to a concept created purely for the Gran Turismo video game. After the two most recent showcars previewing the next-generation WRX and its STI companion, the wraps are about to come off the new Viziv Concept Tourer. But first, a shadowy teaser image has been released by Subaru to generate more buzz around the concept ahead of its full reveal on March 6.

Debuting at the 88th Geneva Motor Show, the sixth Viziv concept to come from Subaru is showing off a section of its rear end in the attached teaser image. While it’s hard to pinpoint the exact body style of the showcar, it’s either another crossover or a wagon. Our money is on the latter and that would mean the new Tourer is going to act as a preview for the next-generation Levorg.

Subaru is keeping the details shrouded in mystery at this point, but if it this concept is indeed foretelling a new production car, that road-going model will ride on the company’s new Global Platform set to underpin basically all future Subarus. If the showcar in question is not a conventional wagon, maybe we are dealing with a more stylish shooting brake, though any production version will likely come with a more typical wagon shape with rear doors.

Bear in mind that Subaru has been rather coy on details about the technical specifications of its five Viziv concepts, so don’t be too surprised if it’s going to be the same story with the sixth one. Regardless, the new Tourer should provide a glimpse into the future of a family-oriented Subie set to arrive in the years to come. The aforementioned Levorg has been around since 2014, so a replacement is likely due at the beginning of the next decade.

Subaru Corporation has announced that the latest in its series of VIZIV concept cars will make its world debut at the 88th Geneva International Motor Show, Switzerland, on March 6.

In recent years, Subaru has produced a series of VIZIV concepts, the name derived from the phrase “Vision for Innovation.”

Starting at Geneva in 2013, the VIZIV series has included crossover, hybrid, performance and seven-seat concepts, with this year’s sixth project exploring the tourer design.

The VIZIV Tourer Concept will be unveiled at the press briefing scheduled for 1115AM (Central European Time) on March 6, at Subaru show stand.