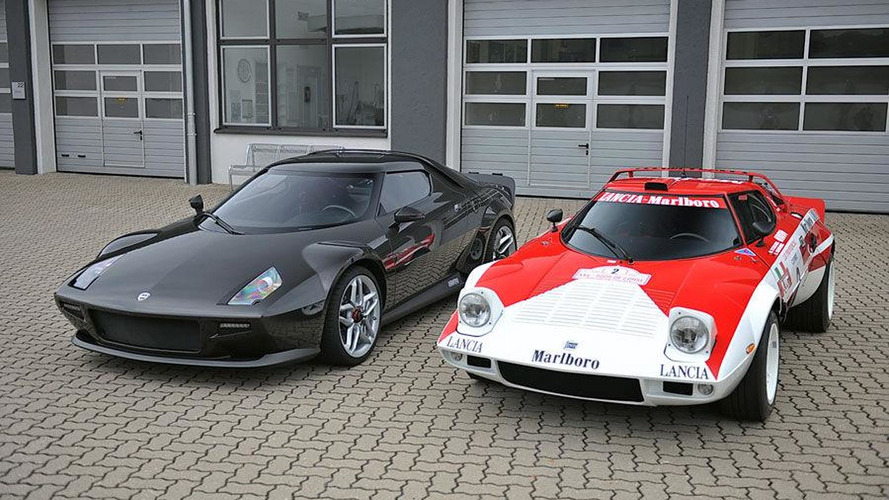 Find out the first real details about the Lancia Stratos, and see some pics, inside.

All rumors about the new Lancia Stratos should be cleared up in November, when the car is introduced to journalists at the Circuit Paul Ricard.  The debut in Marseille, France, should come some time after the car's testing is completed at the Circuito di Balocco test track in Italy.

The car is the brain-child of private car collector Michale Stoschek, currently in charge at German auto parts supplier Brose, and his son Maximilian.  Stoschek is also an avid racing enthusiast, having won a few races.  Amongst them, the 2006 Rally EM historic car race when he used a 1972 Porsche 911 S.

Even though the car will have modern touches, like LED lighting, it will primarily be a new take on 1970's-era "futuristic" designs.  This can be seen in the instrument cluster, which combines analog dials with classic style digital readouts.

It is still uncertain if the new Stratos will be a one-off for Stoschek, or if it will go into a limited series production despite some reports of 25 units to be built.  The car has a rigid carbon fiber body, and is expected to have a power-to-weight ratio of 2.25 kg per horsepower (364 hp per ton).  The car should have a weight distribution of about 50:50.

The Stratos revivial was designed by Jason Castriota, now the design director at Saab.  It has been built over the last two years at Pininfarina.