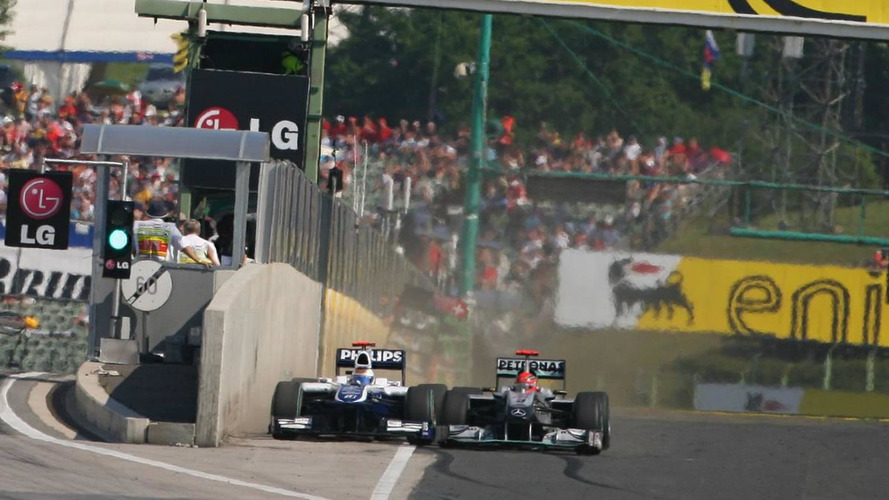 Gerhard Berger says Michael Schumacher's defensive driving in Hungary earlier this month was a blast from the past.

Gerhard Berger says Michael Schumacher's defensive driving in Hungary earlier this month was a blast from the past.

The Austrian, who won 10 of his more than 200 grands prix in the 80s and 90s for top teams including Ferrari and McLaren, said the tactics deployed by Schumacher against Rubens Barrichello alongside the Hungaroring pitwall used to be commonplace.

"We drove harder and more brutally," said the 50-year-old, a former teammate of the great Ayrton Senna.

"Three times a lap we drove each other into the walls without complaining. This was just part of it.

"We would have thought nothing of an action like Michael's against Barrichello," Berger told the Austrian Tiroler Tageszeitung newspaper.

But Berger doubts whether Schumacher, who returned to formula one this season with Mercedes, will add an eighth title to his record-holding championship haul.

"Before the season I would have answered this question with a resounding yes," he said. "Today I have to say no. His teammate Nico Rosberg clearly has his nose in front.

"Michael is trying to counter Nico's youthfulness by pulling tricks out of his bag of experience, but it's not working.

"His teammate is faster, and he has to learn how to deal with it," added Berger.